The Halloween Oracle: Lifting the Veil Between the Worlds Every Night
The vision of offering rare, out of print books affordable even to limited earners. 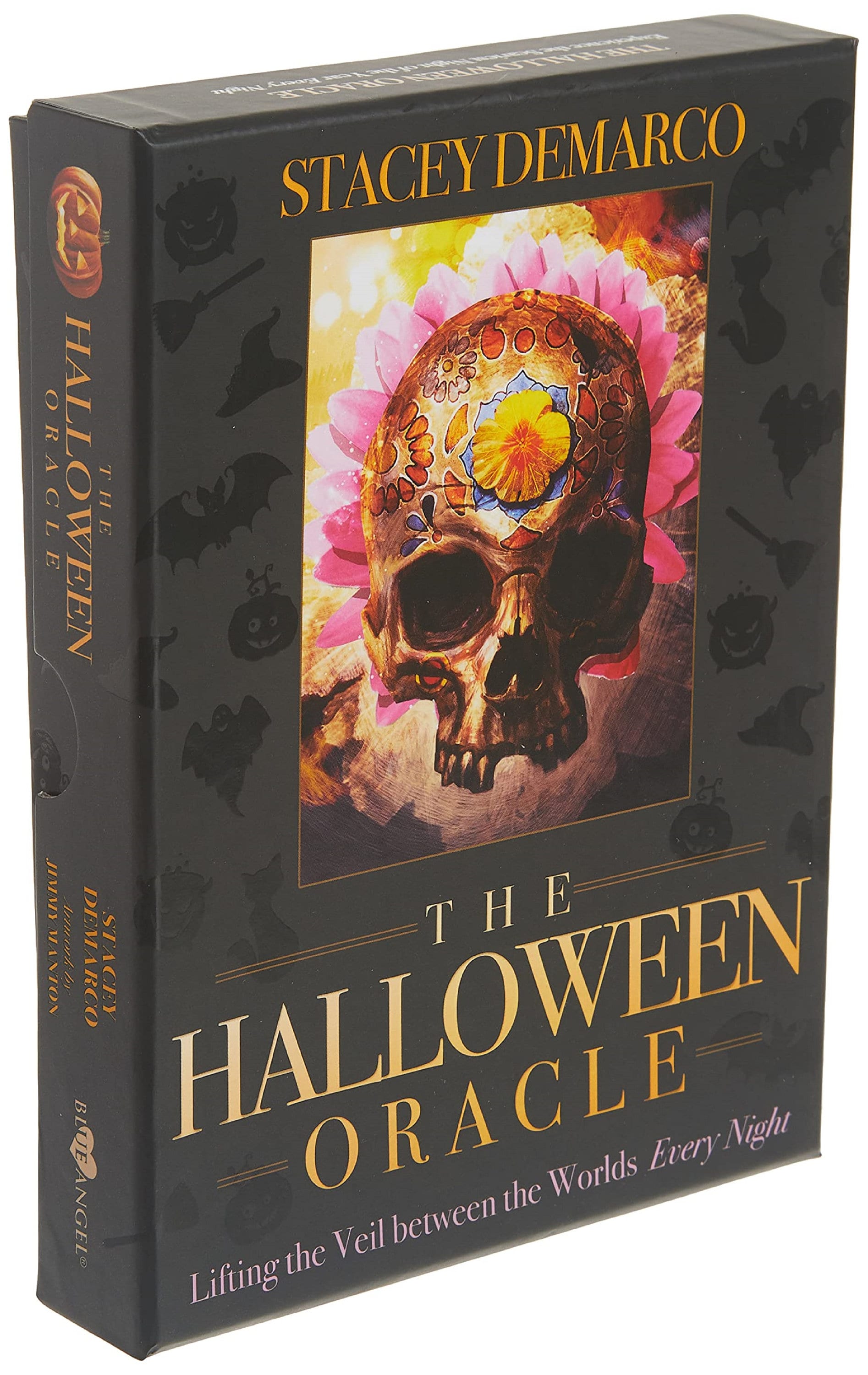 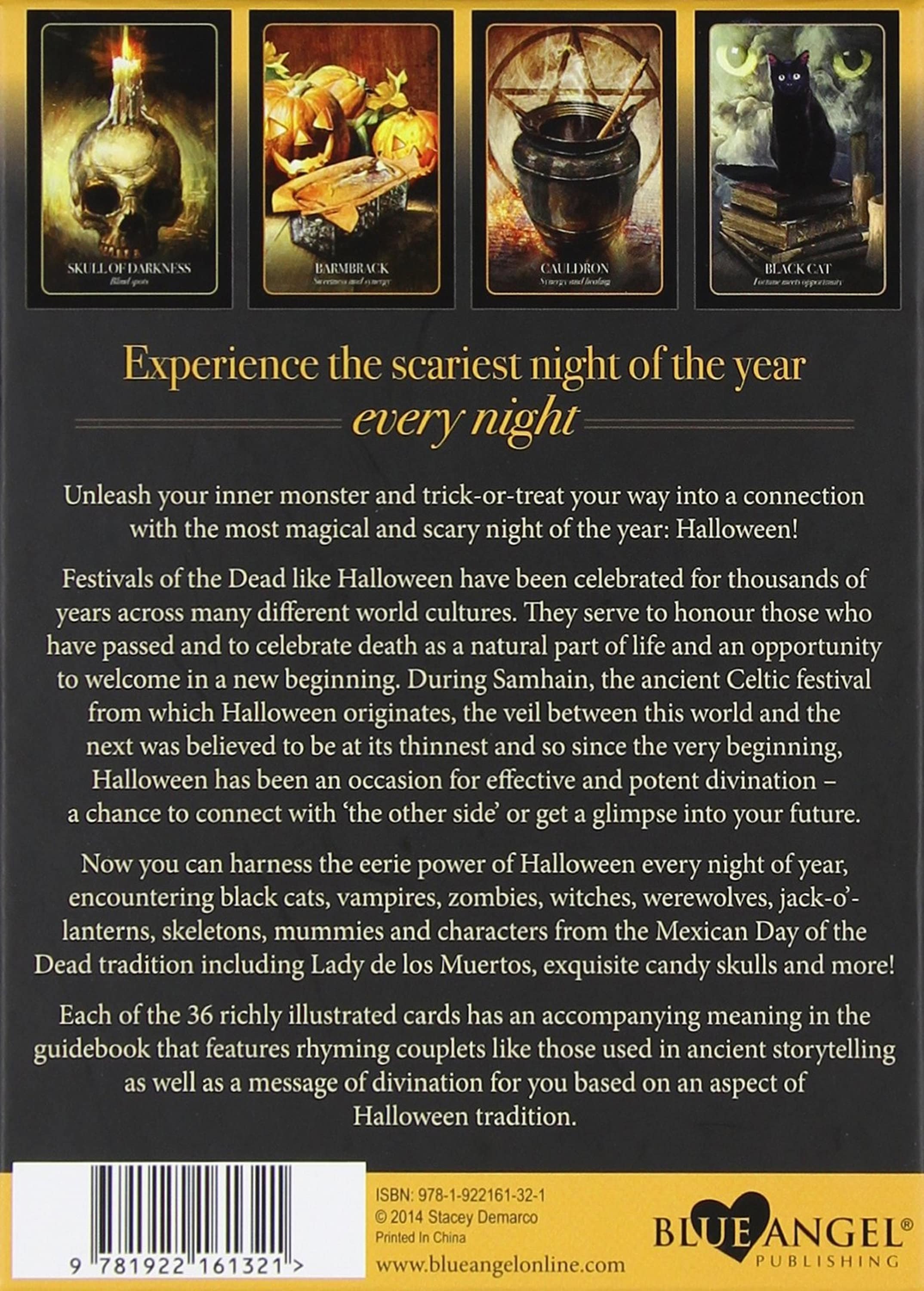 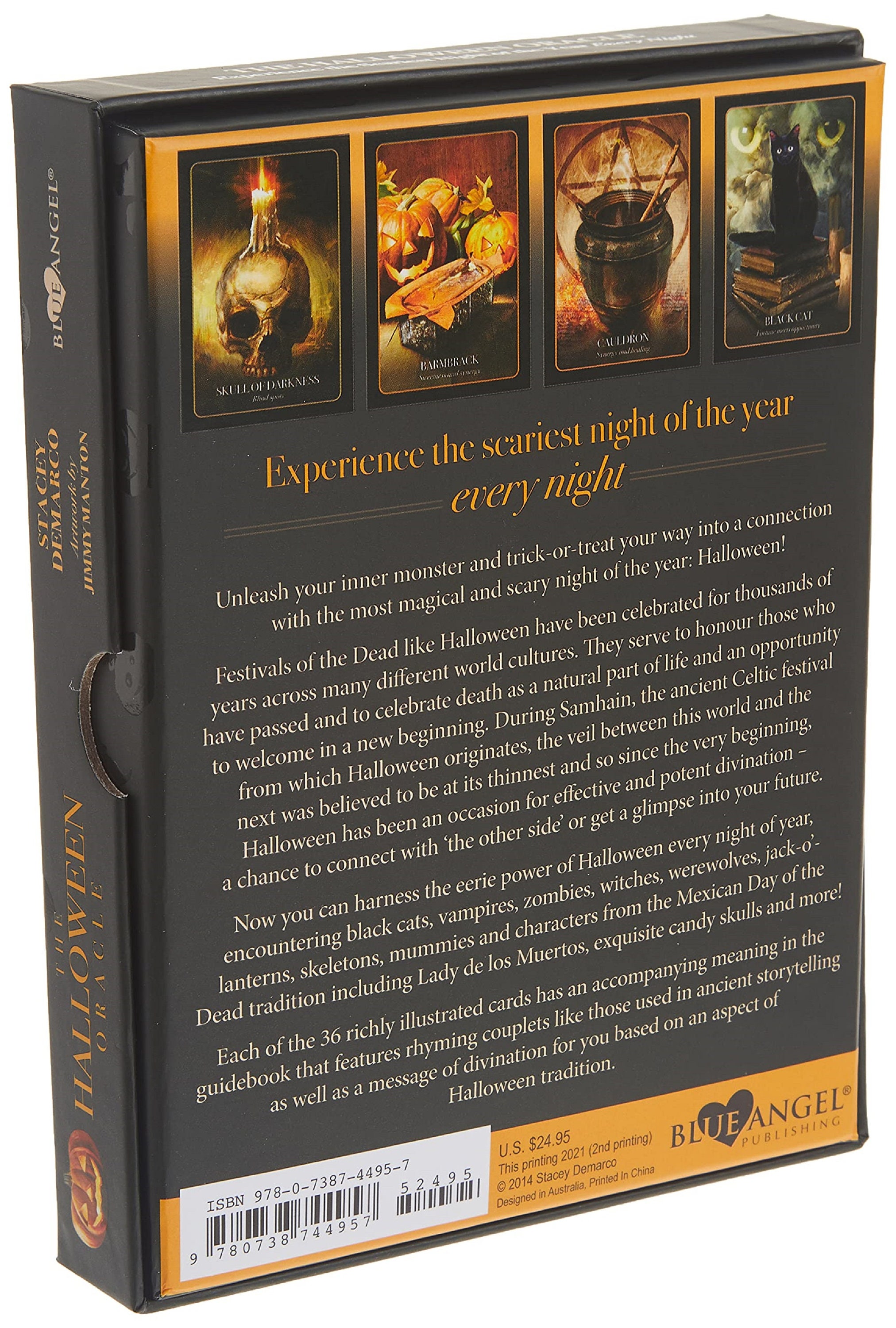 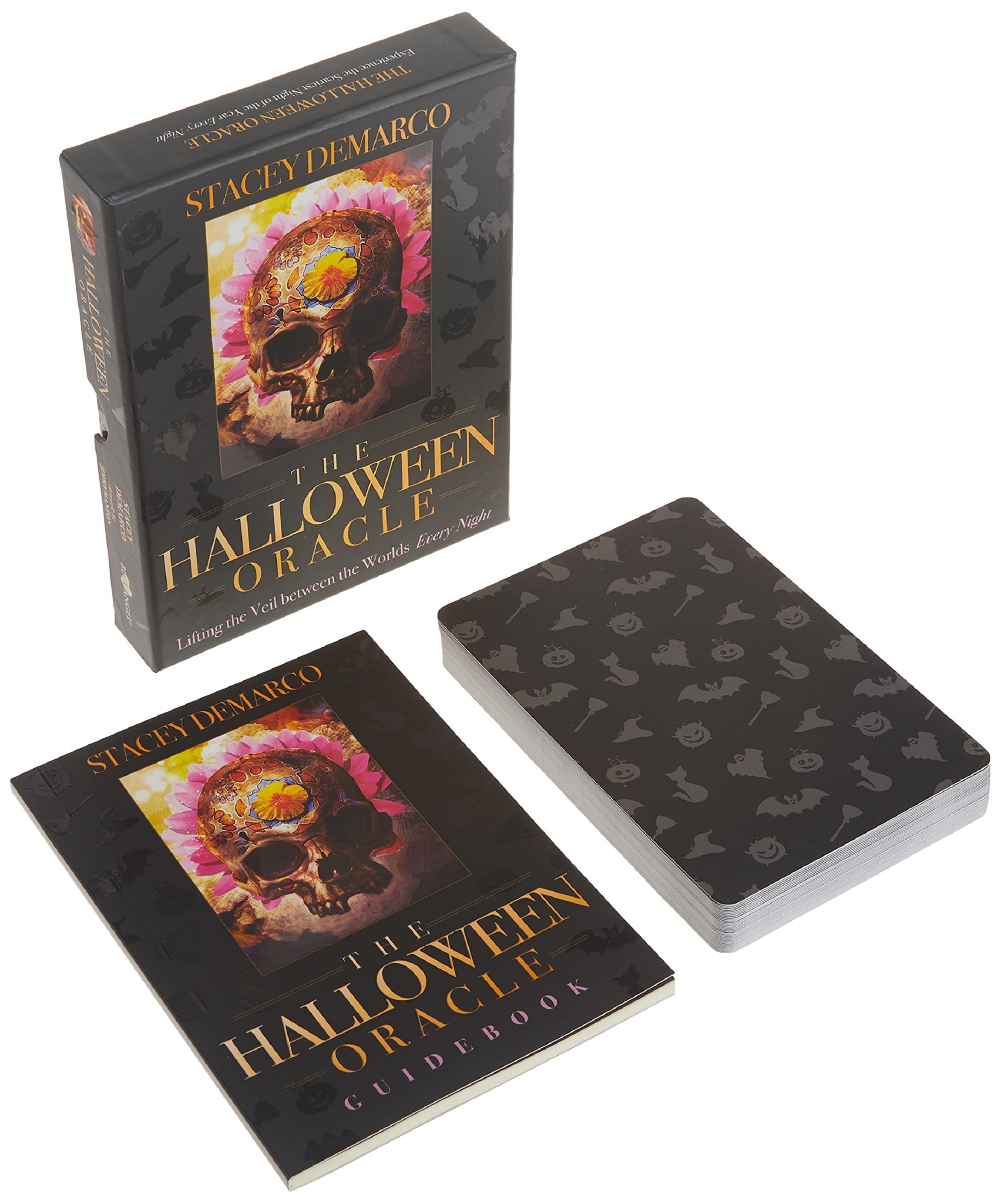 The Halloween Oracle: Lifting the Veil Between the Worlds Every Night

The Halloween Oracle: Lifting the Veil between the Worlds Every Night
Cards – September 8, 2014
by Stacey Demarco (Author), Jimmy Manton (Author)

Unleash your inner monster and trick-or-treat your way into a connection with the most magical and scary night of the year: Halloween! Festivals of the Dead like Halloween have been celebrated for thousands of years across many different world cultures. They serve to honor those who have passed and to celebrate death as a natural part of life and an opportunity to welcome in a new beginning. During Samhain, the ancient Celtic festival from which Halloween originates, the veil between this world and the next was believed to be at its thinnest and so since the very beginning, Halloween has been an occasion for effective and potent divination―a chance to connect with "the other side" or get a glimpse into your future.

Now you can harness the eerie power of Halloween every night of year, encountering black cats, vampires, zombies, witches, werewolves, jack-o-lanterns, skeletons, mummies and characters from the Mexican Day of the Dead tradition (including Lady de los Muertos), exquisite candy skulls, and more! Each of the 36 richly illustrated cards has an accompanying meaning in the guidebook featuring rhyming couplets like those used in ancient storytelling as well as a message of divination for you based on an aspect of Halloween tradition.

About the Author
Stacey Demarco is an internationally respected spiritual Pagan practitioner, Witch, author, and activist who hails from Sydney, Australia. Her passion is to make practical magic accessible to everyone and to reconnect people with the power of nature.

Her down-to-earth yet scholastic spiritual style and her skill at weaving ancient techniques to solve modern problems make her popular amongst clients and a regular contributor upon all things spiritual across television, radio, and other media.

A former successful corporate animal, she has worked for multinational companies in senior marketing and PR roles until she decided to transition into her purpose―that of being a "catalyst for change."

A long-time lover and scholar of the mythos of the feminine and masculine divine, her first set of Oracle cards, Gods & Titans, illustrated by award-winning artist Jimmy Manton, was released early 2011 and her second set, Goddesses & Sirens, was released in October 2011 in Australia with a US release in 2013. Reflecting her love of nature, her Earth Power: An Atlas for the Soul was released worldwide in 2014, and the stunning Halloween Oracle is her latest work. Her next book, The Disconnect will be released early 2015.

Jimmy Manton is an award-winning illustrator who has provided artwork for numerous Blue Angel publications. While he has been drawing since his little opposable thumbs allowed him to grasp a pen, he has been obsessed with all things sci-fi and fantasy. It runs in the family, too. Jimmy was named after James T Kirk, Star Trek’s indomitable captain of the USS Enterprise. For the last few years Jimmy concentrated on studying architecture and also the art of architectural model building. Jimmy’s work is featured in magazines including international architectural and gaming titles. He is based in Melbourne, Australia.