The Book of the Sword: With 293 Illustrations (Dover Military History, Weapons, Armor)
The vision of offering rare, out of print books affordable even to limited earners. 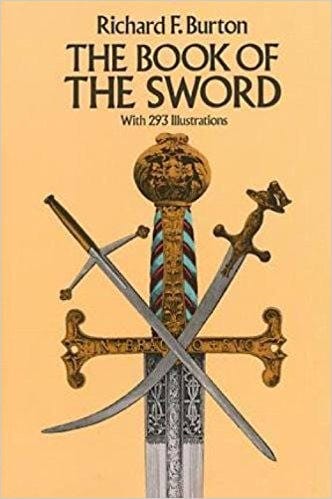 The Book of the Sword: With 293 Illustrations (Dover Military History, Weapons, Armor)

"The history of the sword is the history of humanity." With these words, British author, Victorian scholar, and world traveler Richard Burton begins his eloquent and exceptionally erudite history of the "Queen of Weapons."
Spanning the centuries and a wide range of cultures, Burton's rich and elegant prose illuminates the sword as both armament and potent symbol. For nearly all peoples of the world, the sword embodied the spirit of chivalry, symbolized justice and martyrdom and represented courage and freedom. In battle, it served universally as a deadly offensive weapon.
Drawing on a wealth of literary, archaeological, anthropological, linguistic, and other sources, the author traces the sword's origins, from its birth as a charred and sharpened stick, through its diverse stages of development, to its full growth in the early Roman Empire. Recounting man's long association with this weapon, the author describes in brilliant detail:
The ages of wood, bone and born
The appearance of stone swords and exotic weapons such as the boomerang
The ages of copper and alloys such as bronze and brass — used in producing the long, narrow blades of rapiers
The Iron Age during which the Viking sword of carbonized iron took shape — a weapon whose form would set the standard for the next thousand years.
Enhanced by nearly 300 excellent line drawings, the text provides an incredible wealth of detailed data about the sword and its variations: sabre, broadsword, cutlass, scimitar, rapier, foil, and a host of other arms, including dirks, daggers, throwing knives, flails, and much more.
Military and social historians, scholars and students of weaponry, as well as armchair adventurers will find this volume a fascinating, abundantly illustrated and highly readable account of this potent symbol of power.

About the Author
Richard Francis Burton was an explorer, translator, writer, soldier, spy, fencer, and diplomat. He is most famous for his translations of One Thousand and One Nights and the Kama Sutra and for having been the first European to visit the Great Lakes of Africa.