Frankenstein ( Changing Our World ) - Reissue Edition
The vision of offering rare, out of print books affordable even to limited earners. 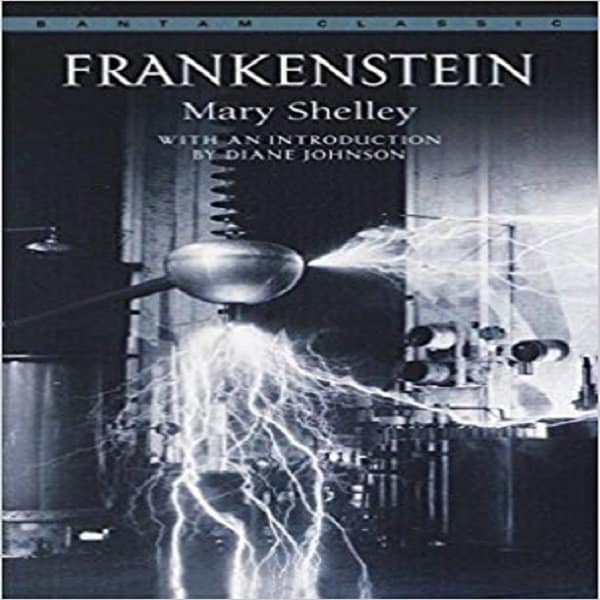 'I saw the pale student of unhallowed arts kneeling beside the thing he had put together. I saw the hideous phantasm of a man stretched out, and then, on the working of some powerful engine, show signs of life and stir with an uneasy, half-vital motion.' A summer evening's ghost stories, lonely insomnia in a moonlit Alpine's room, and a runaway imagination -- fired by philosophical discussions with Lord Byron and Percy Bysshe Shelley about science, galvanism, and the origins of life -- conspired to produce for Mary Shelley this haunting night specter. By morning, it had become the germ of her Romantic masterpiece, "Frankenstein." Written in 1816 when she was only 19, Mary Shelley's novel of 'The Modern Prometheus' chillingly dramatized the dangerous potential of life begotten upon a laboratory table. A frightening creation myth for our own time, "Frankenstein" remains one of the greatest horror stories ever written and is an undisputed classic of its kind.

At the age of eighteen, Mary Shelley, while staying in the Swiss Alps with her lover Percy Shelley, Lord Byron, and others, conceived the tale of Dr. Victor Frankenstein and the monster he brings to life. The resulting book, Frankenstein; or, The Modern Prometheus, is a dark parable warning against the risks of scientific and creative endeavor, the corrupting influence of technology and progress, and the dangers of knowledge without understanding. Frankenstein was an instant bestseller on publication in 1818 and has long been regarded as a masterpiece of suspense, a classic of nineteenth-century Romanticism and Gothic horror, and the prototype of the science fiction novel. Though it has spawned countless imitations and adaptations, it remains the most powerful story of its kind.

The daughter of Mary Wollestonecraft, the ardent feminist and author of A Vindication on the Right of Women, and William Goodwin, the Radical-anarchist philosopher and author of Lives of the Necromancers, Mary Goodwin was born into a freethinking, revolutionary household in London on August 30,1797. Educated mainly by her intellectual surroundings, she had little formal schooling and at sixteen eloped with the young poet Percy Bysshe Shelly; they eventually married in 1816.
Mary Shelly's life had many tragic elements. Her mother died giving birth to Mary; her half-sister committed suicide; Harriet Shelly-Percy's wife dr5owned heself and her unborn child after he ran off with Mary' William Goodwin disowned Mary and Shelly after the elopement, but-heavily in debt-recanted and came to them for money; Mary's first child died soon after its birth; and in 1822 Percy Shelly drowned in the Gulf of La Spezia-when Mary was not quite twenty-five.
Mary Shelly recalled that her husband was "forever inciting" her to "obtain literary reputation." But she did not begin to write seriously until the summer of 1816, when she and Shelly we in Switzerland, neighbor to Lord Byron. One night following a contest to compose ghost stories, Mary conceived her masterpeicve. Frankenstein. After Shelly's death she continued to write Valperga (1823), The Last Man (1826), Ladore (1835), and Faulkner (1837), in addition to editing he husband's works. In 1838 she began to work on his biography, but owing to poor health she completed only a fragment.
Although she received marriage proposals from Trelawney, John Howard Payne, and perhaps Washington Irving, Mary Shelly never remarried. "I want to be Mary Shelly on my tombstone," she is reported to have said. She died on February 1, 1851, survived by he son, Percy Florence.

Jacket Description/Back:
At this challenge, Mary Shelley began work on the 'ghost story' that was to evolve into the most celebrated horror novel in literary history. Frankenstein was published the next year and become the rage of London. In the generations since, the story of Victor Frankenstein and the monster he created has been read by millions all over the world. It has inspired hundreds of imitations, but it has never been equaled for its masterful manipulation of the elements of horror and suspense.