The Iliad
The vision of offering rare, out of print books affordable even to limited earners. 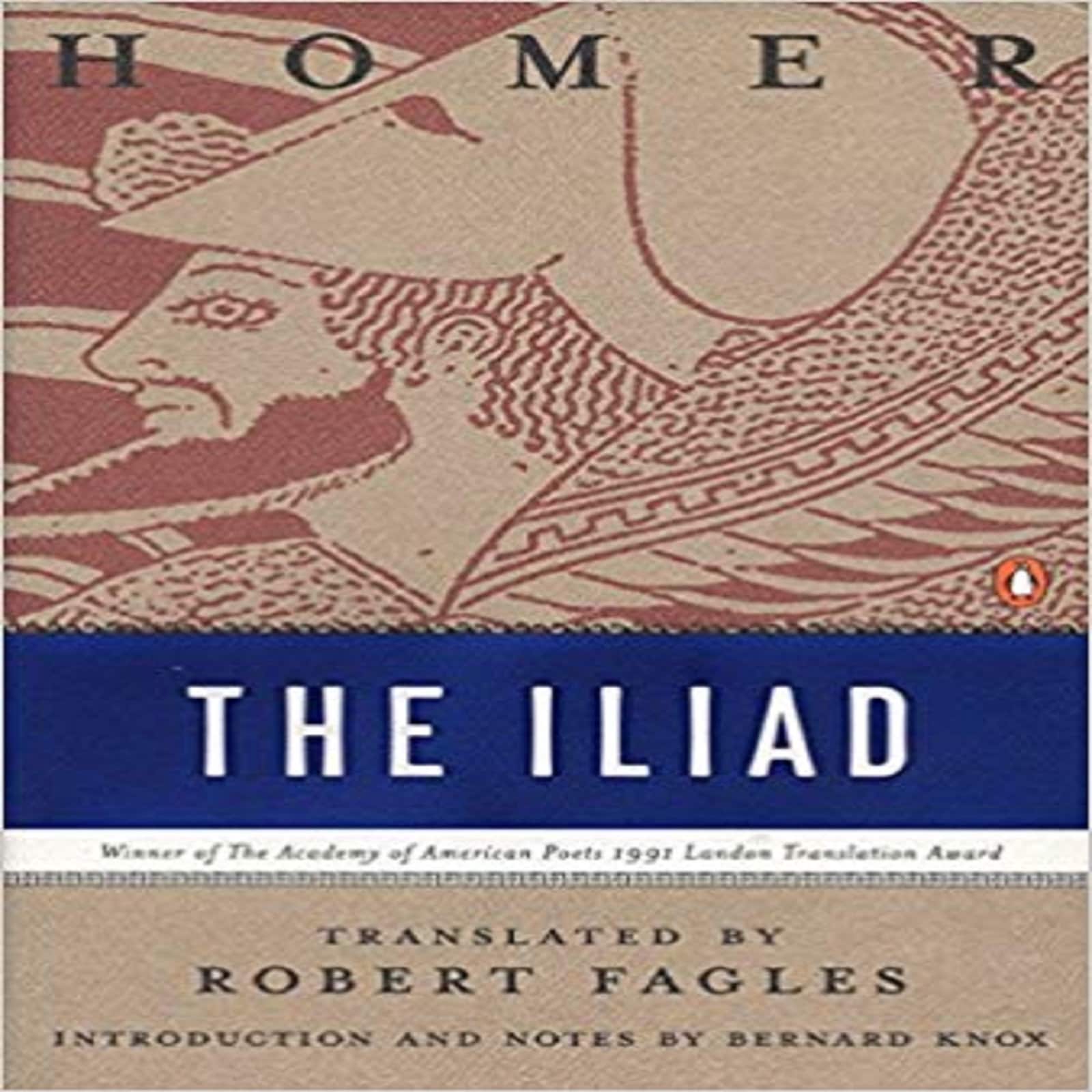 
The great war epic of Western literature, translated by acclaimed classicist Robert Fagles, and featured in the Netflix series The OA

Dating to the ninth century B.C., Homer’s timeless poem still vividly conveys the horror and heroism of men and gods wrestling with towering emotions and battling amidst devastation and destruction, as it moves inexorably to the wrenching, tragic conclusion of the Trojan War. Renowned classicist Bernard Knox observes in his superb introduction that although the violence of the Iliad is grim and relentless, it coexists with both images of civilized life and a poignant yearning for peace.

Combining the skills of a poet and scholar, Robert Fagles, winner of the PEN/Ralph Manheim Medal for Translation and a 1996 Academy Award in Literature from the American Academy of Arts and Letters, brings the energy of contemporary language to this enduring heroic epic. He maintains the drive and metric music of Homer’s poetry, and evokes the impact and nuance of the Iliad’s mesmerizing repeated phrases in what Peter Levi calls “an astonishing performance.”

About the Author
Homer was probably born around 725BC on the Coast of Asia Minor, now the coast of Turkey, but then really a part of Greece. Homer was the first Greek writer whose work survives. He was one of a long line of bards, or poets, who worked in the oral tradition. Homer and other bards of the time could recite, or chant, long epic poems. Both works attributed to Homer – the Iliad and the Odyssey – are over ten thousand lines long in the original. Homer must have had an amazing memory but was helped by the formulaic poetry style of the time.

In the Iliad Homer sang of death and glory, of a few days in the struggle between the Greeks and the Trojans. Mortal men played out their fate under the gaze of the gods. The Odyssey is the original collection of tall traveller’s tales. Odysseus, on his way home from the Trojan War, encounters all kinds of marvels from one-eyed giants to witches and beautiful temptresses. His adventures are many and memorable before he gets back to Ithaca and his faithful wife Penelope.

We can never be certain that both these stories belonged to Homer. In fact ‘Homer’ may not be a real name but a kind of nickname meaning perhaps ‘the hostage’ or ‘the blind one’. Whatever the truth of their origin, the two stories, developed around three thousand years ago, may well still be read in three thousand years’ time.

Robert Fagles (1933-2008) was Arthur W. Marks ’19 Professor of Comparative Literature, Emeritus, at Princeton University. He was the recipient of the 1997 PEN/Ralph Manheim Medal for Translation and a 1996 Award in Literature from the American Academy of Arts and Letters. His translations include Sophocles’s Three Theban Plays, Aeschylus’s Oresteia (nominated for a National Book Award), Homer’s Iliad (winner of the 1991 Harold Morton Landon Translation Award by The Academy of American Poets), Homer’s Odyssey, and Virgil's Aeneid.

Bernard Knox (1914-2010) was Director Emeritus of Harvard’s Center for Hellenic Studies in Washington, D.C. He taught at Yale University for many years. Among his numerous honors are awards from the National Institute of Arts and Letters and the National Endowment for the Humanities. His works include The Heroic Temper: Studies in Sophoclean Tragedy, Oedipus at Thebes: Sophocles’ Tragic Hero and His Time and Essays Ancient and Modern (awarded the 1989 PEN/Spielvogel-Diamonstein Award).