The Canterbury Tales
The vision of offering rare, out of print books affordable even to limited earners. 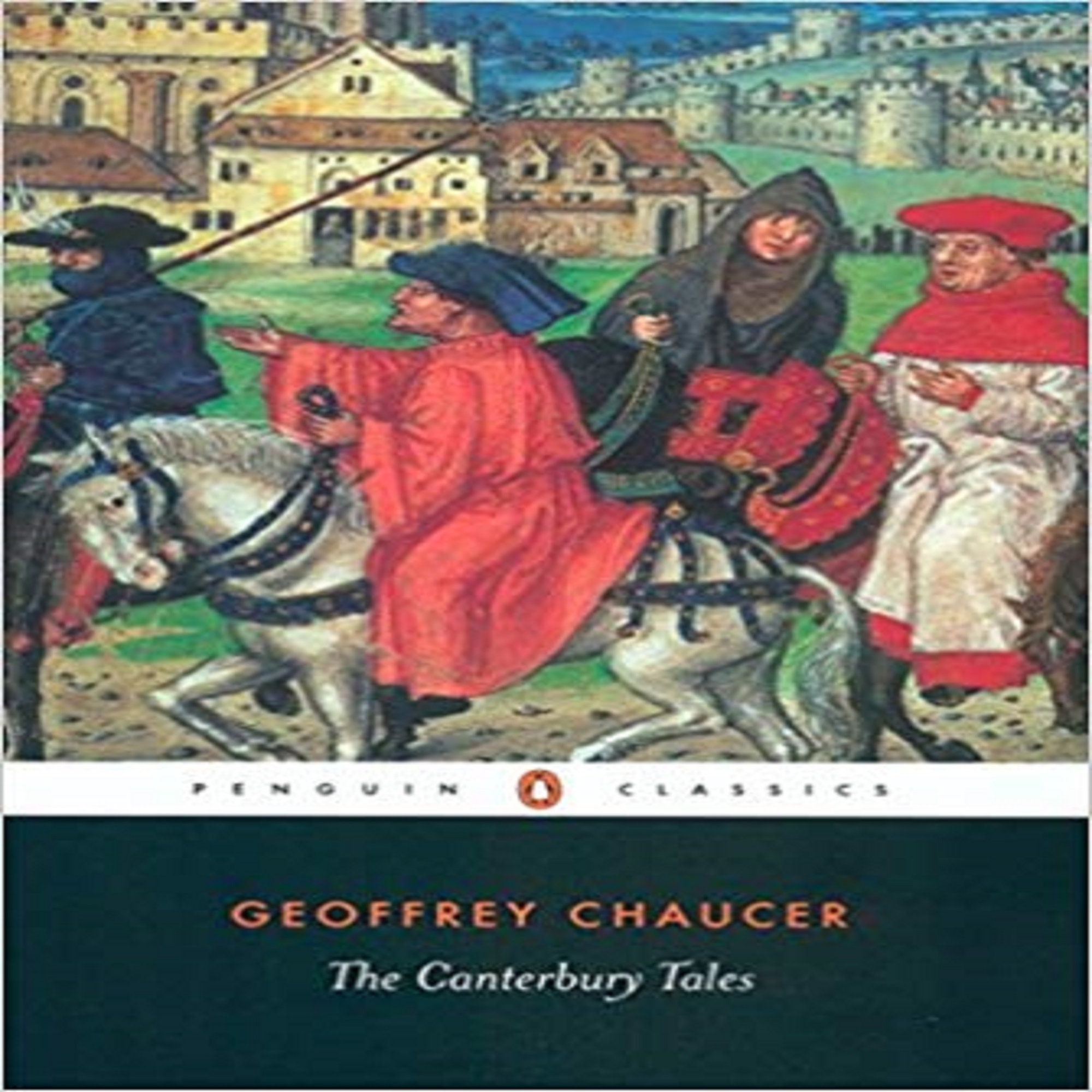 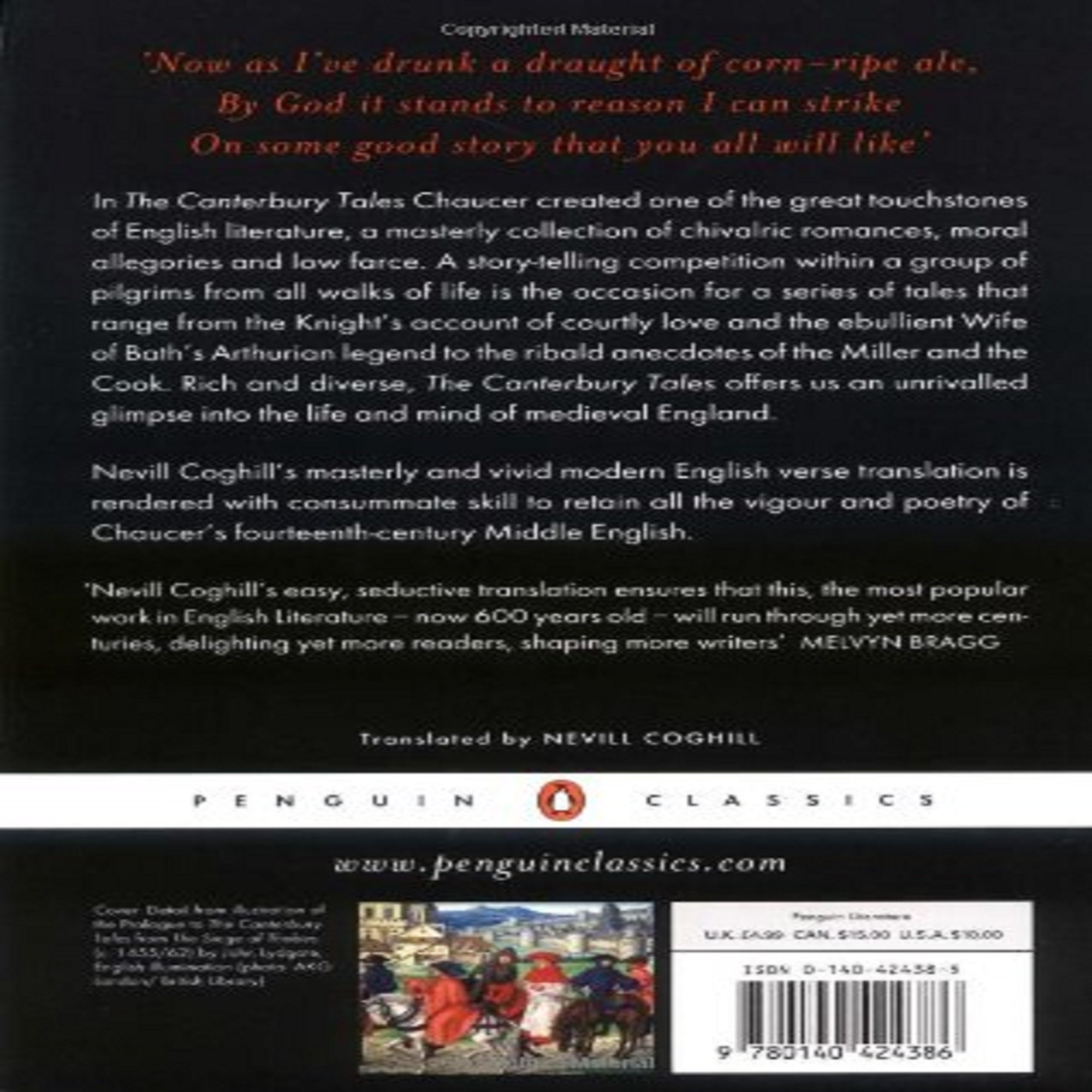 In The Canterbury Tales Chaucer created one of the great touchstones of English literature, a masterly collection of chivalric romances, moral allegories and low farce. A story-telling competition between a group of pilgrims from all walks of life is the occasion for a series of tales that range from the Knight’s account of courtly love and the ebullient Wife of Bath’s Arthurian legend, to the ribald anecdotes of the Miller and the Cook. Rich and diverse, The Canterbury Tales offer us an unrivalled glimpse into the life and mind of medieval England.

For more than sixty-five years, Penguin has been the leading publisher of classic literature in the English-speaking world. With more than 1,500 titles, Penguin Classics represents a global bookshelf of the best works throughout history and across genres and disciplines. Readers trust the series to provide authoritative texts enhanced by introductions and notes by distinguished scholars and contemporary authors, as well as up-to-date translations by award-winning translators.

About the Author
Geoffrey Chaucer was born in London, the son of a wine-merchant, in about 1342, and as he spent his life in royal government service his career happens to be unusually well documented. By 1357 Chaucer was a page to the wife of Prince Lionel, second son of Edward III, and it was while in the prince's service that Chaucer was ransomed when captured during the English campaign in France in 1359-60. Chaucer's wife Philippa, whom he married c. 1365, was the sister of Katherine Swynford, the mistress (c. 1370) and third wife (1396) of John of Gaunt, Duke of Lancaster, whose first wife Blanche (d. 1368) is commemorated in Chaucer's ealrist major poem, The Book of the Duchess.
From 1374 Chaucer worked as controller of customs on wool in the port of London, but between 1366 and 1378 he made a number of trips abroad on official business, including two trips to Italy in 1372-3 and 1378. The influence of Chaucer's encounter with Italian literature is felt in the poems he wrote in the late 1370's and early 1380s – The House of Fame, The Parliament of Fowls and a version of The Knight's Tale – and finds its fullest expression in Troilus and Criseyde.

In 1386 Chaucer was member of parliament for Kent, but in the same year he resigned his customs post, although in 1389 he was appointed Clerk of the King's Works (resigning in 1391). After finishing Troilus and his translation into English prose of Boethius' De consolatione philosophiae, Chaucer started his Legend of Good Women. In the 1390s he worked on his most ambitious project, The Canterbury Tales, which remained unfinished at his death. In 1399 Chaucer leased a house in the precincts of Westminster Abbey but died in 1400 and was buried in the Abbey.

Nevill Coghill (1899–1980) held many appointments at Oxford University. His translation of Chaucer’s Troilus and Criseyde is also published by Penguin Classics.