The Halloween Tarot
The vision of offering rare, out of print books affordable even to limited earners. 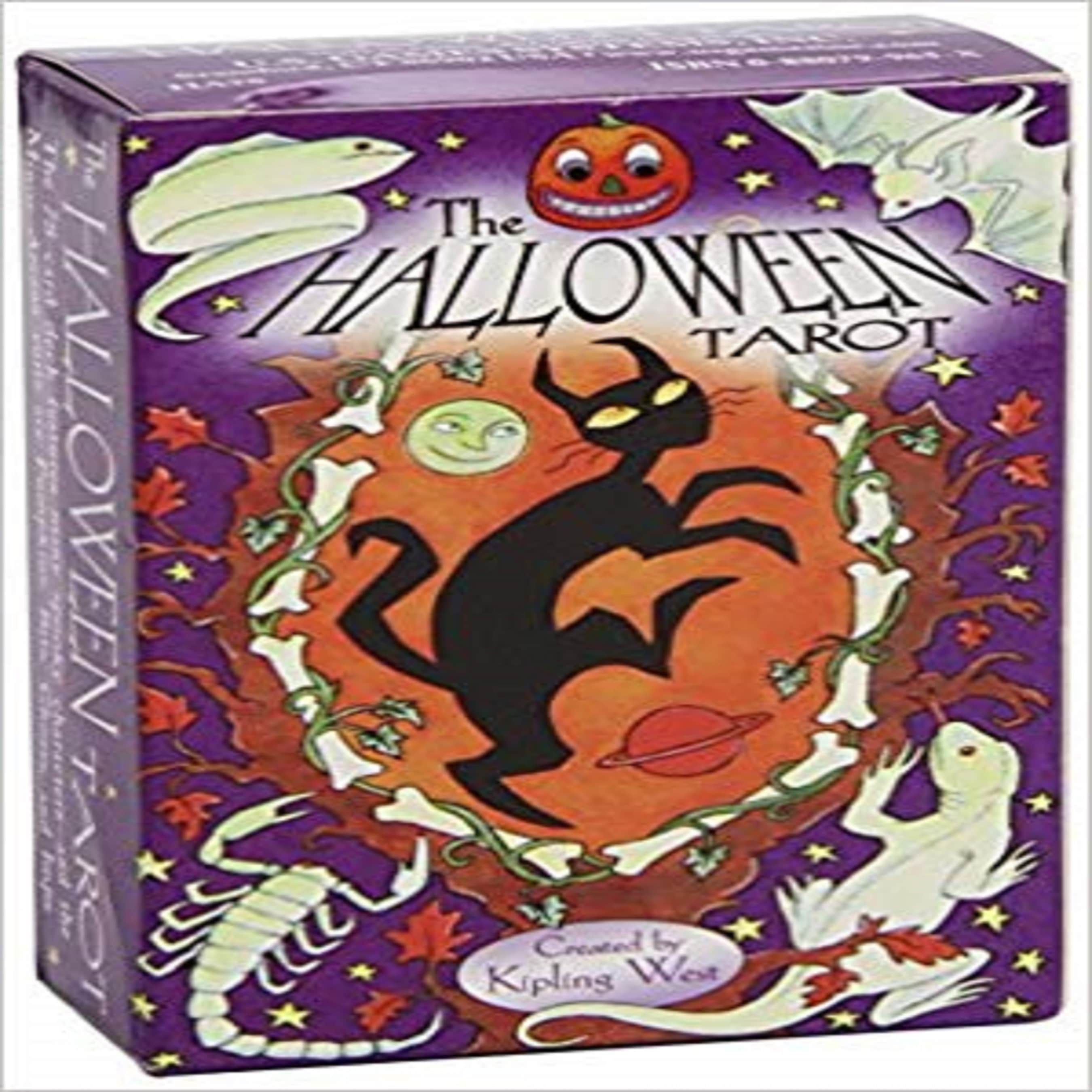 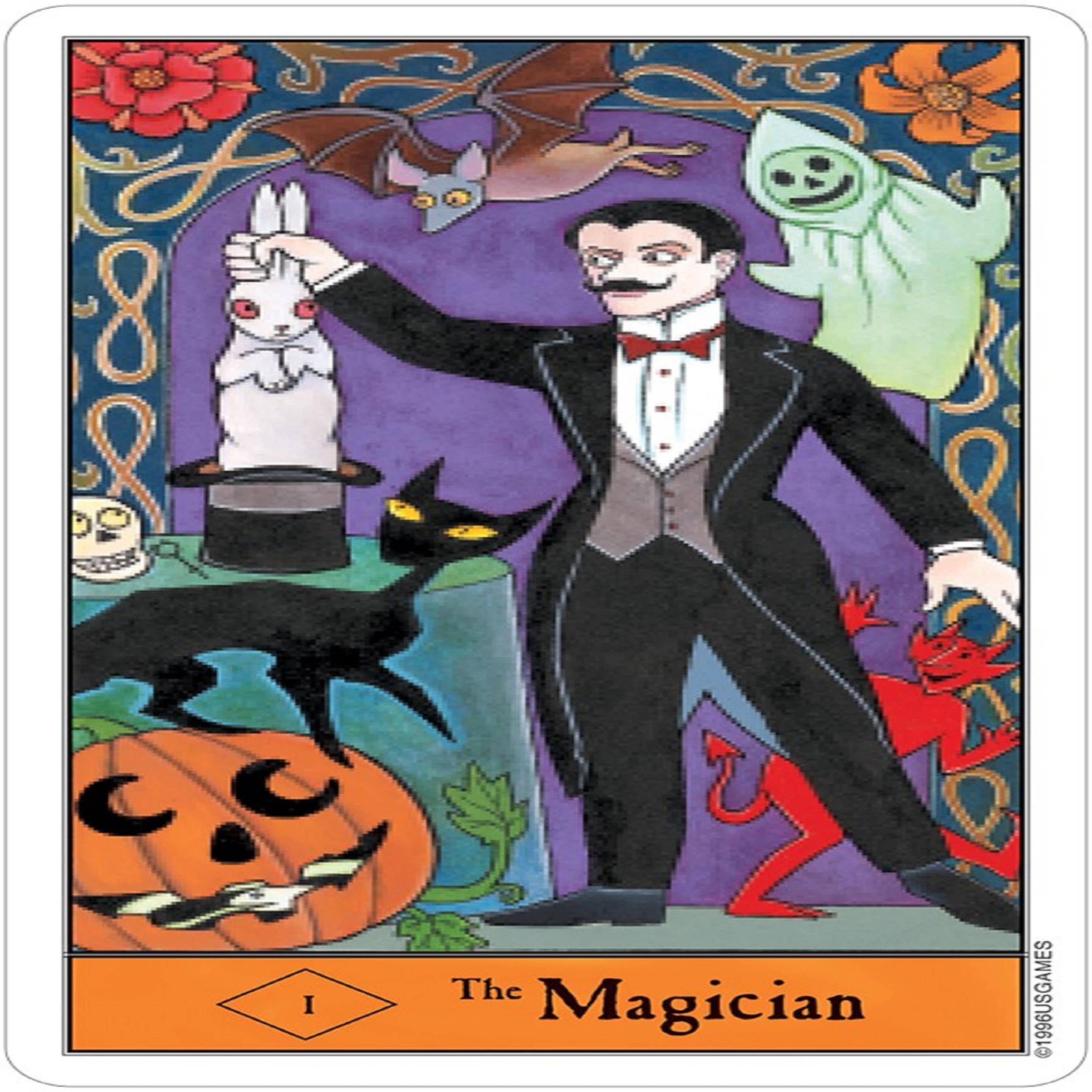 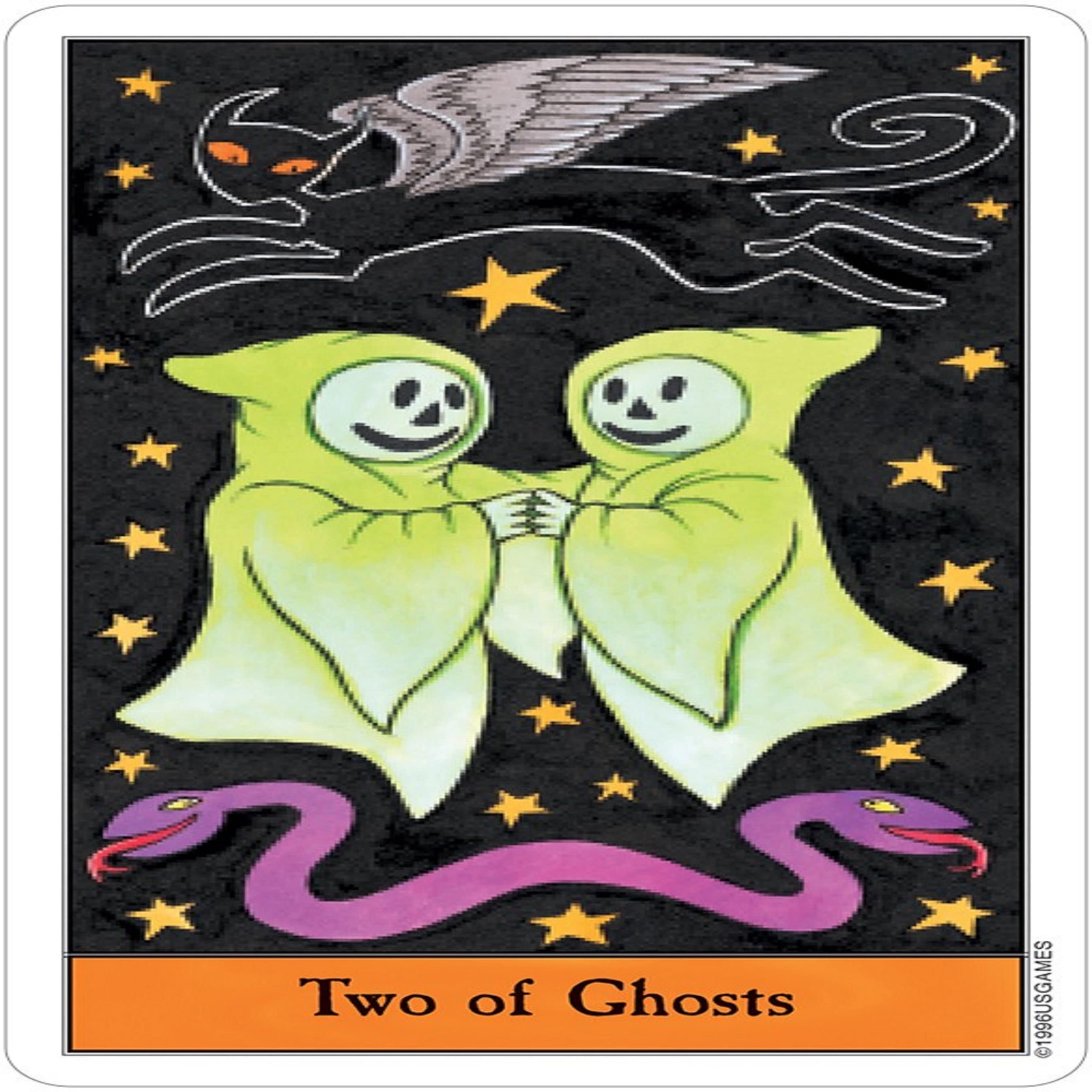 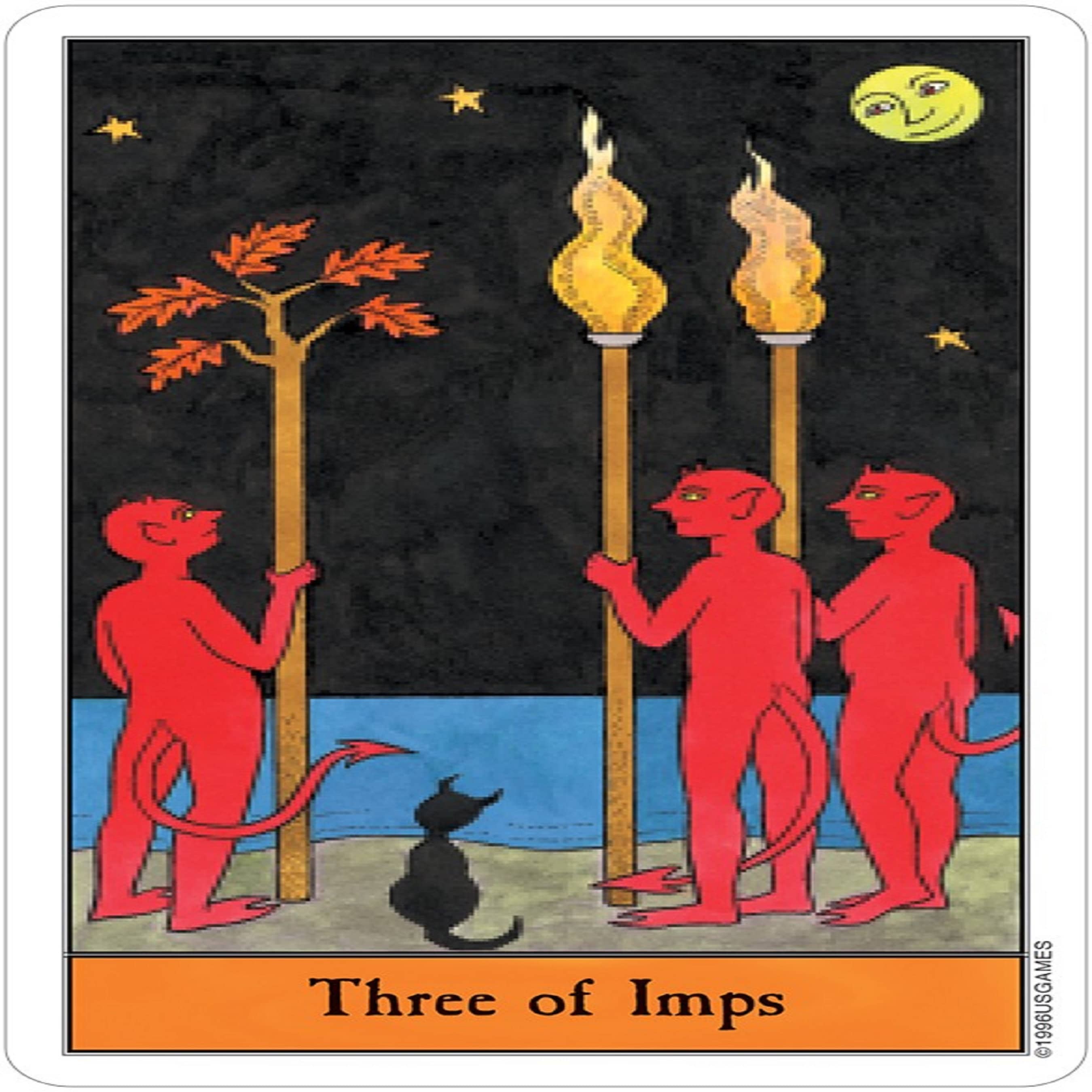 Follow the black cat through the Halloween Tarot! The artwork conjures up all that's fun about Halloween. The Minor Arcana suits are Pumpkins, Imps, Ghosts, and Bats.

A black cat with glowing eyes leads us on our nocturnal sojourn through the 78 cards of the Major and Minor Arcana. The characters of the Major Arcana visit from the realms of horror stories and Halloween tradition. Frankenstein and his bride 'bring to life' the Emperor and the Empress cards. The Minor Arcana suits are Pumpkins, Imps, Ghosts, and Bats, each with a special significance.

"As the suit of the ancient element Earth, the Pumpkins describe all things that are physical and tangible, real and solid -- things you can taste and smell, and of course, count. The Ghost cards are haunted by the ancient element of Water, the symbol of the fluidity of the subconscious mind, dreams, instincts, and emotions. The Bats comprise the 'thinking suit,' reflecting a bat version of the intellect -- the uncannily sensitive 'radar' of these nocturnal creatures that helps them find food and avoid collisions even on the blackest of Halloween nights. Since the traditional Tarot suit of Wands is linked with the ancient element Fire, the devilish scarlet Imps make a delightful Halloween suit equivalent."

What Customers Are Saying About Halloween Tarot
I need to begin this review by saying that Halloween is a favorite holiday of mine. I like dark and creepy things. A tarot designed with Halloween images had to live up to an expectation of what I see in the holiday -- the fun and the serious, the comic and the dark; a combination of horror and delight; a mixing of old history and new customs. Plus, it needed to speak to me, through its art and words, and most importantly still, through the readings done with the cards. The artist and the author are both also great fans of Halloween, and they have indeed created a terrific tarot deck in honor of this black and orange holiday. The set exceeded my expectations of it, despite my quirky requirements.

All of the artwork is consistently very good, and the deck feels complete. After I read the book and studied the cards, I was ready to do some actual tarot work. Not to sound overly skeptical, but I wondered how the images would speak to me in readings, as they are designed around Halloween. Generally I don't do very in-depth readings when I first try out new decks. I give them a chance to sort of introduce themselves to me. But, for whatever reason, I felt moved to go into some detailed queries with these cards, and was surprised to see very accurate and somewhat uncanny results. The Halloween images did not get in the way of reading the cards in a traditional manner, in fact, they spoke to me as well as any other tarot.

The set obviously won't appeal to everyone. Not everyone likes Halloween, or will like the style of the artwork. Also, it's a dark deck -- in color, and features many skulls and spooky grinning faces. But, I do highly recommend the set to anyone who feels drawn to it, enjoys Halloween, or even just wants a very fun but useful deck for Halloween parties.

I adore this deck, it even arrived way early and was on time for Halloween! This is such a playful and fun deck, I love the detail that was put into these illustrations.

My Halloween Tarot deck arrived as expected, and surprisingly quickly for having ordered in the middle of the pandemic! It comes with a usage booklet and an introductory card. My box was still wrapped upon arrival. These cards are very intuitive and the Halloween imagery very much speaks to me. I'll be keeping an eye out for any other lovely finds from this shop.