The Motherpeace Round Tarot Deck: 78-Card Deck
The vision of offering rare, out of print books affordable even to limited earners. 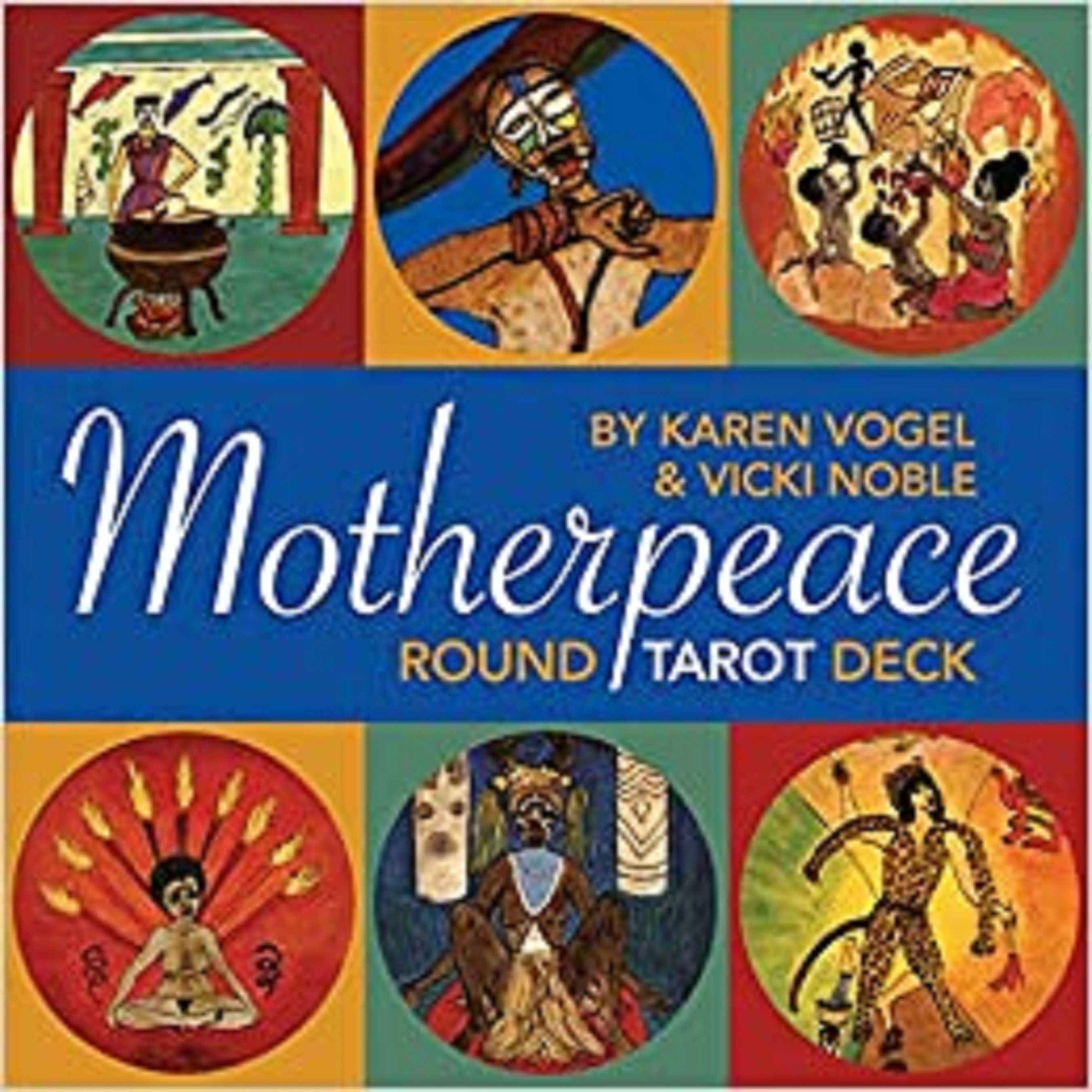 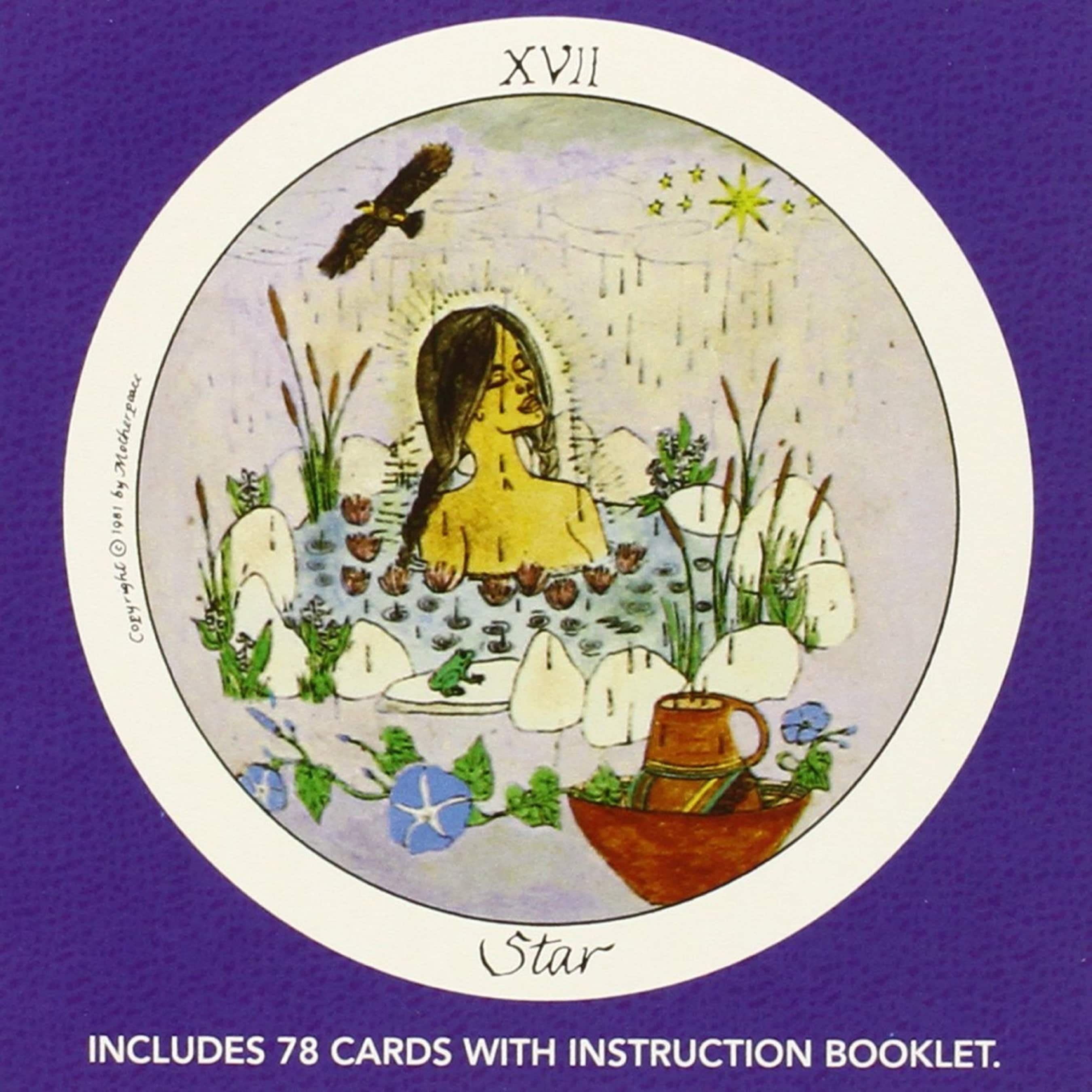 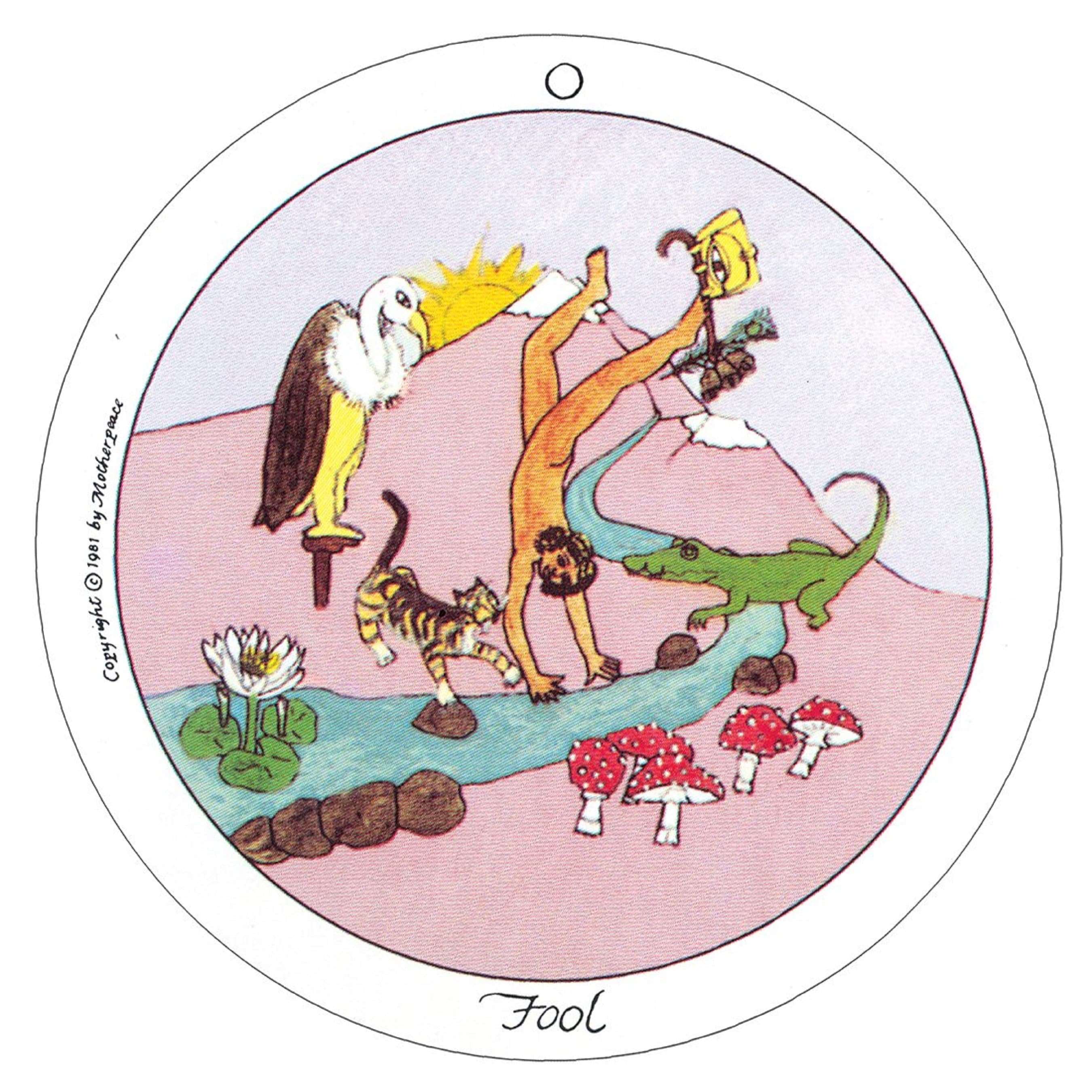 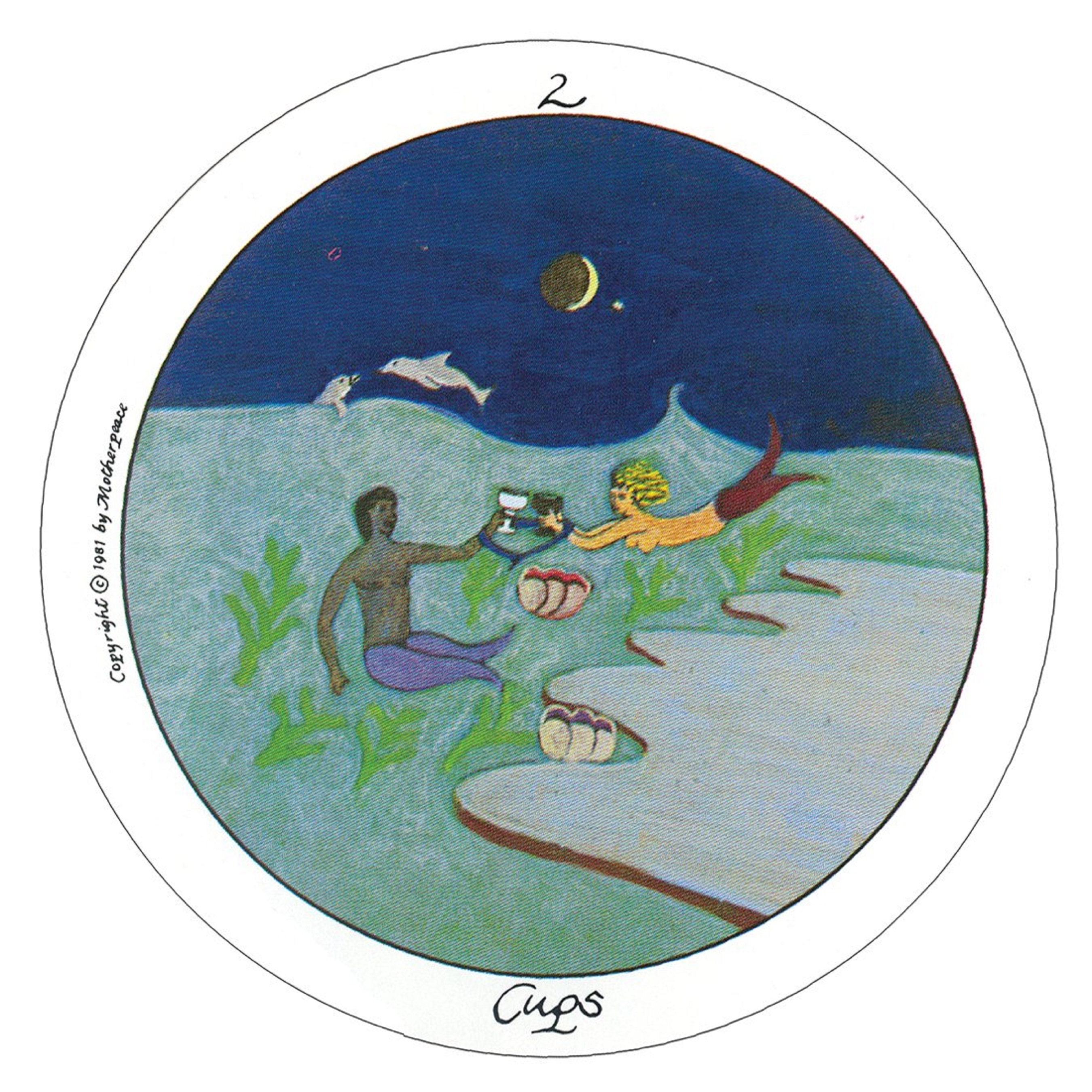 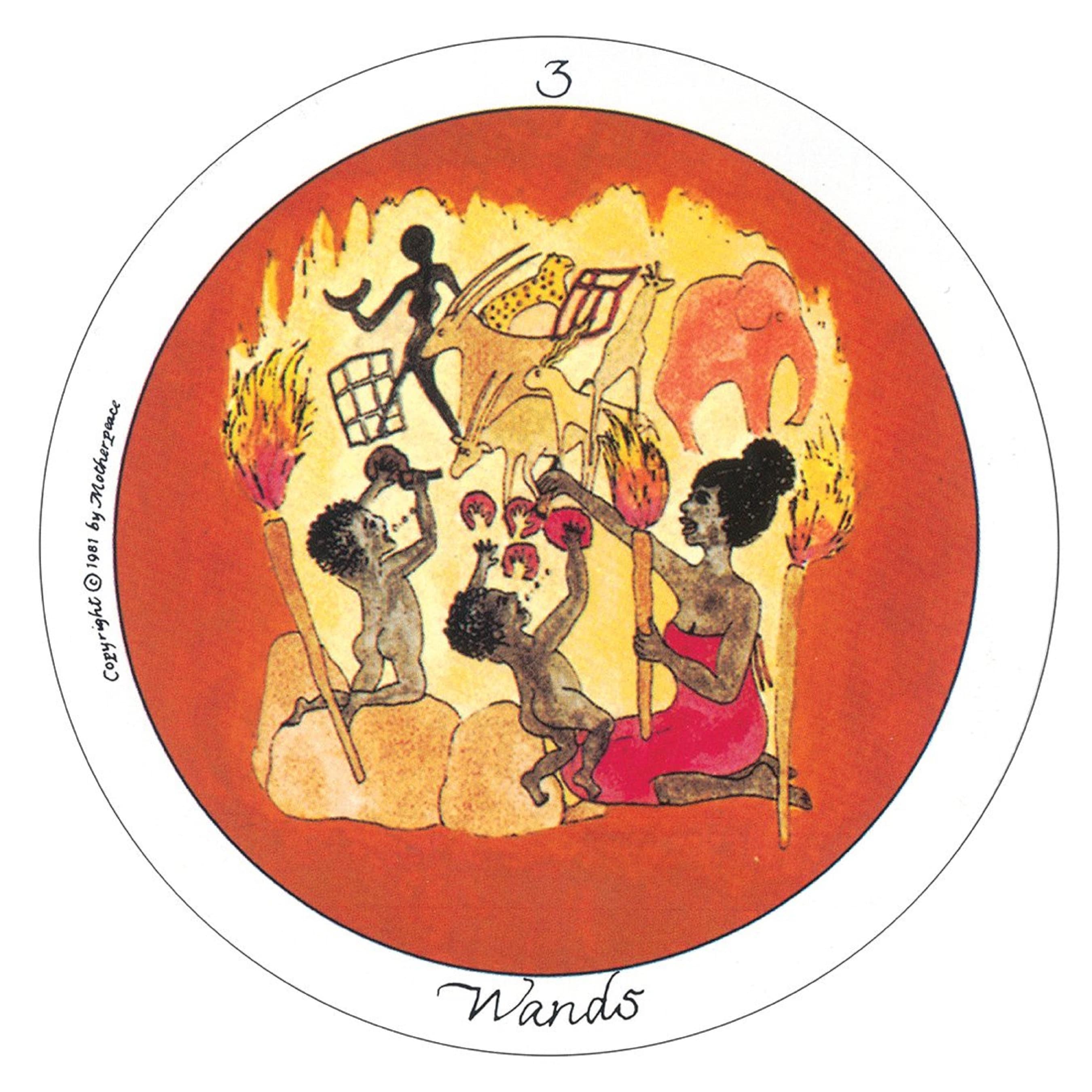 The creators of Motherpeace Tarot have departed from traditional (and often patriarchal) imagery of tarot, and have instead embraced the goddess spirit. The feminist emphasis is balanced with several male figures present in the deck. Motherpeace’s round cards and primitive artwork allow the reader to rely on intuition rather than standard “black and white” meanings.

Karen Vogel is a renowned intuitive who is widely known as co-creator of the Motherpeace Tarot deck and as a tarot reader, teacher and writer as well as an extraordinary artist. Karen's creative voice expresses her deep sense of animation and spirit in nature.

Karen's art has appeared prominently in a number of well-known performances installations in the Bay Area of California. She is the author of Coyote Tails and the illustrator of Secret of the Missing Crown.

Vicki Noble is a radical feminist healer, author, independent scholar and wisdom teacher. After writing Motherpeace Tarot, she has written several books, including Shakti Woman (a handbook for healers) and The Double Goddess (a history of female shamanism). She has developed a powerful ritual healing process, teaches and lectures internationally, and has led tours of women on pilgrimage to sacred Goddess sites around the world.

The cards in this extraordinary round tarot deck are gestalt circles of powerful symbols celebrating 30,000 years of women's culture throughout the world. 4 1/2" diameter.

What Customers Are Saying About Motherpeace Round Tarot Deck
The Motherpeace Tarot has been a wise and loving oracle. A clear mirror, also, that constantly shows the truest face.

Since I bought this deck a few years ago, it has helped me through immense personal growth. Where most other decks are scary and intimidating, this deck is reassuring, validating, honest and deeply wise.

As far as the feminist messages in the cards and book, I have found them very much based on love, and the perspective presented has been decidedly useful to me. It is not feminist in the negative sense (i.e. "man-hating"), but rather is feminist in the positive sense (loving, woman empowering). Probably there are people who will be turned off by this strong feminist slant, but for most women, I think it is an asset that they will appreciate.

I think that any woman who is looking for a deck that will help her to tune into her own intuition, a deck she can trust with her deepest questions, this is THE deck. Personally, I have not found any other deck that I would trust in the way I trust this deck. It goes to the heart of any question, helping to gain honest, loving perspective, and empowering you to make good decisions.

I collect tarot decks because I like the art and the idea of a spiritual tool for examining the self. I am not trained to recognize esoteric symbols and so many tarot decks have them that I usually give up in frustration of ever learning what they mean. The only deck that has spoken to me personally and allowed my imagination to come up with multiple interpretations is the Motherpeace deck. I was put off at first by the seeming simplistic artwork, but after using them and playing with them for a couple years, they started to grow on me. Yeah, I know, a couple of years is long in this fast-paced world, but instant attraction isn't always the best sign of a good relationship and the decks I found myself most attracted to ended up being empty vessels. With Motherpeace, for the first time, I felt that I could trust my own interpretive intuition and that alone is more freeing than anything else garnered from tarot work. I love it so much that I'm ordering the mini-Motherpeace to take to work with me.

Artwork on this deck is fabulous! One of my favorite decks!