The Divine Comedy
The vision of offering rare, out of print books affordable even to limited earners. 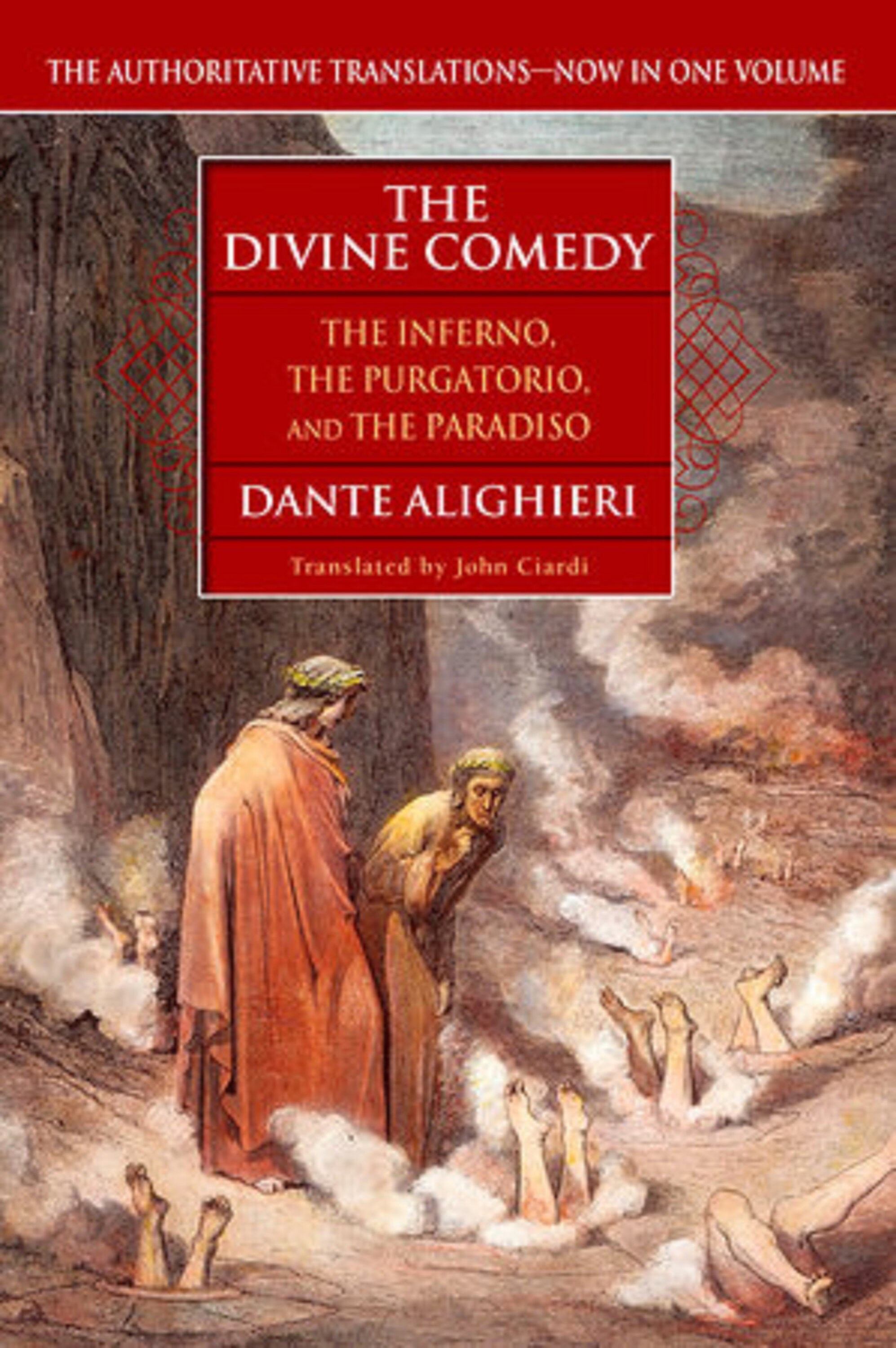 The Divine Comedy
THE INFERNO, THE PURGATORIO, AND THE PARADISO
By DANTE ALIGHIERI
Translated by John Ciardi

ABOUT THE DIVINE COMEDY
The authoritative translations of The Inferno, The Purgatorio, and The Paradiso—together in one volume.

Belonging in the immortal company of the great works of literature, Dante Alighieri’s poetic masterpiece, The Divine Comedy, is a moving human drama, an unforgettable visionary journey through the infinite torment of Hell, up the arduous slopes of Purgatory, and on to the glorious realm of Paradise—the sphere of universal harmony and eternal salvation.

Now, for the first time, John Ciardi’s brilliant and authoritative translations of Dante’s three soaring canticles—The Inferno, The Purgatorio, and The Paradiso—have been gathered together in a single volume. Crystallizing the power and beauty inherent in the great poet’s immortal conception of the aspiring soul, The Divine Comedy is a dazzling work of sublime truth and mystical intensity.

ABOUT THE AUTHOR
Dante, or Durante deli Alighieri, was born in Florence, Italy, circa 1265. His family was connected with the Guelph political alliance, supporters of the Papacy. His mother died before Dante’s tenth birthday. Dante himself was betrothed to Gemma di Manetto Donati when he was aged only 12. The pair went on to marry, but Dante’s true love was for Beatrice Portinari, who would inspire much of his poetry. Dante and Gemma had several children.
Dante was a member of Florence’s Apothecaries’ Guild, though he did not practice as a pharmacist. Allied to the White Guelphs, with whom he fought against the vanquishing Black Guelphs, he was eventually condemned to perpetual exile from Florence. He went first to Verona and then to Liguria. There is speculation that he travelled more widely, including to Paris and Oxford, although this has not been verified.
During his time of exile Dante conceived and wrote the three poems which form The Divine Comedy. He died in 1321, aged 56, of suspected malaria. He was buried in Ravenna, Italy, where a tomb was later erected in his name.