The Gilded Tarot [With 78-Card Tarot Deck]
The vision of offering rare, out of print books affordable even to limited earners. 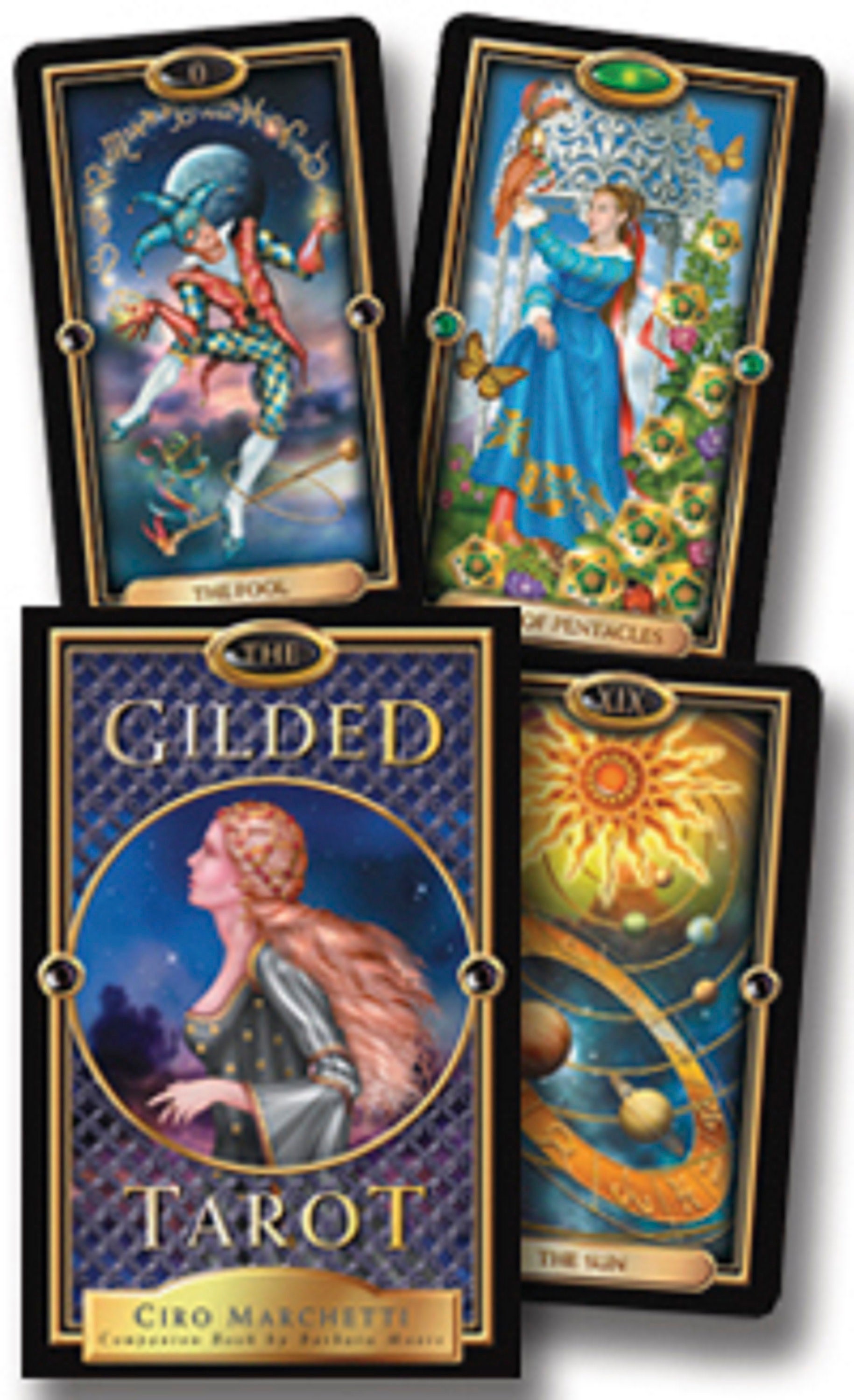 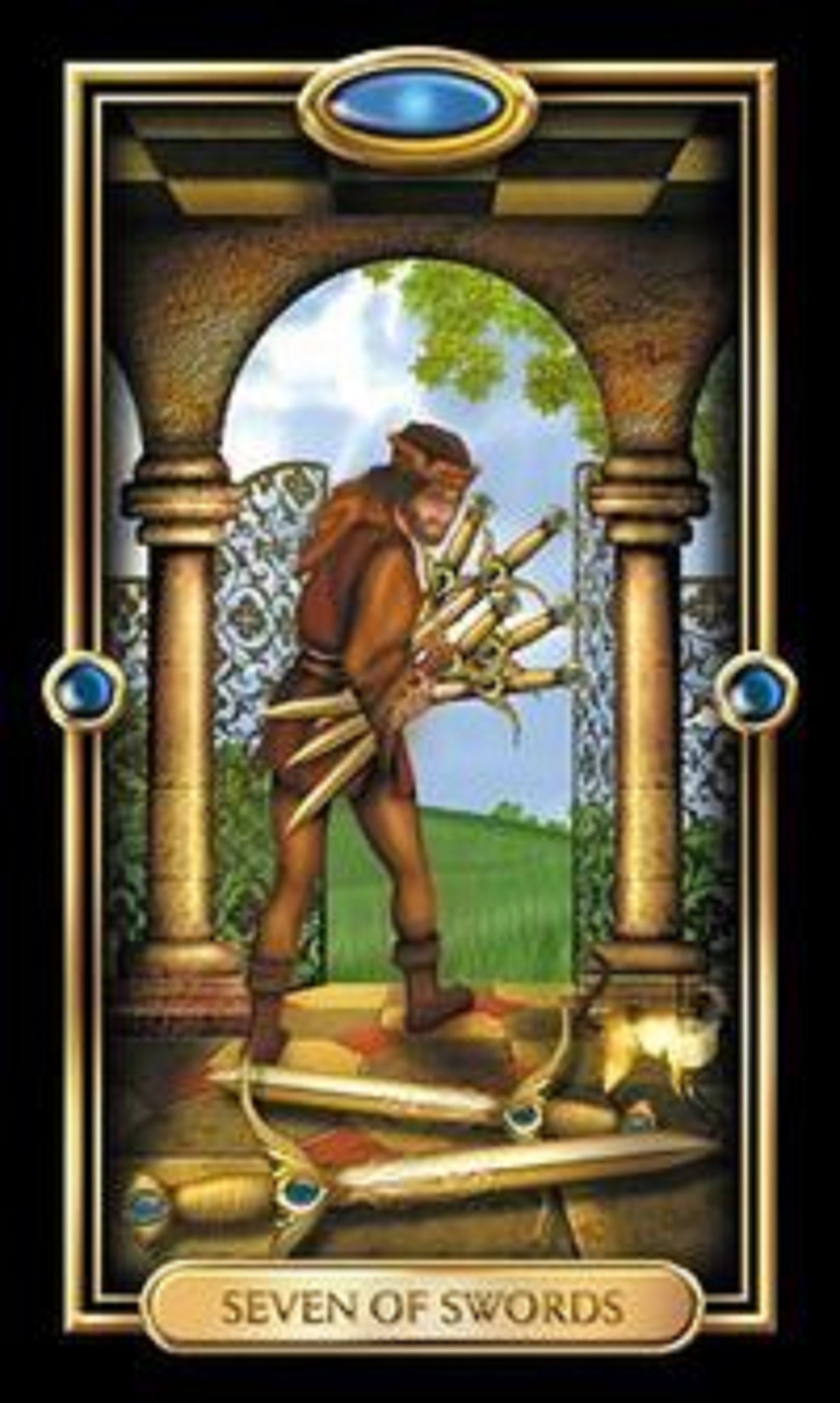 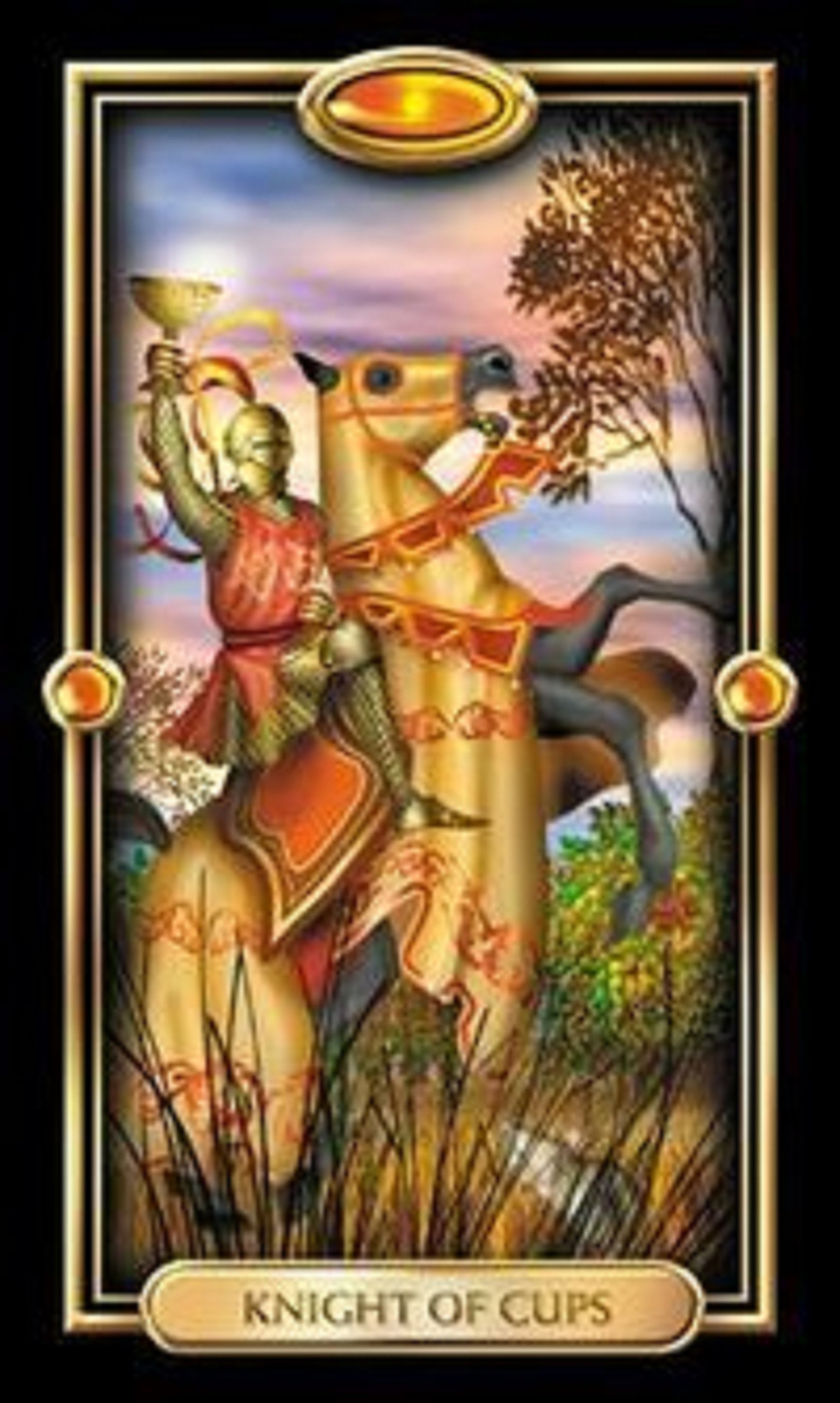 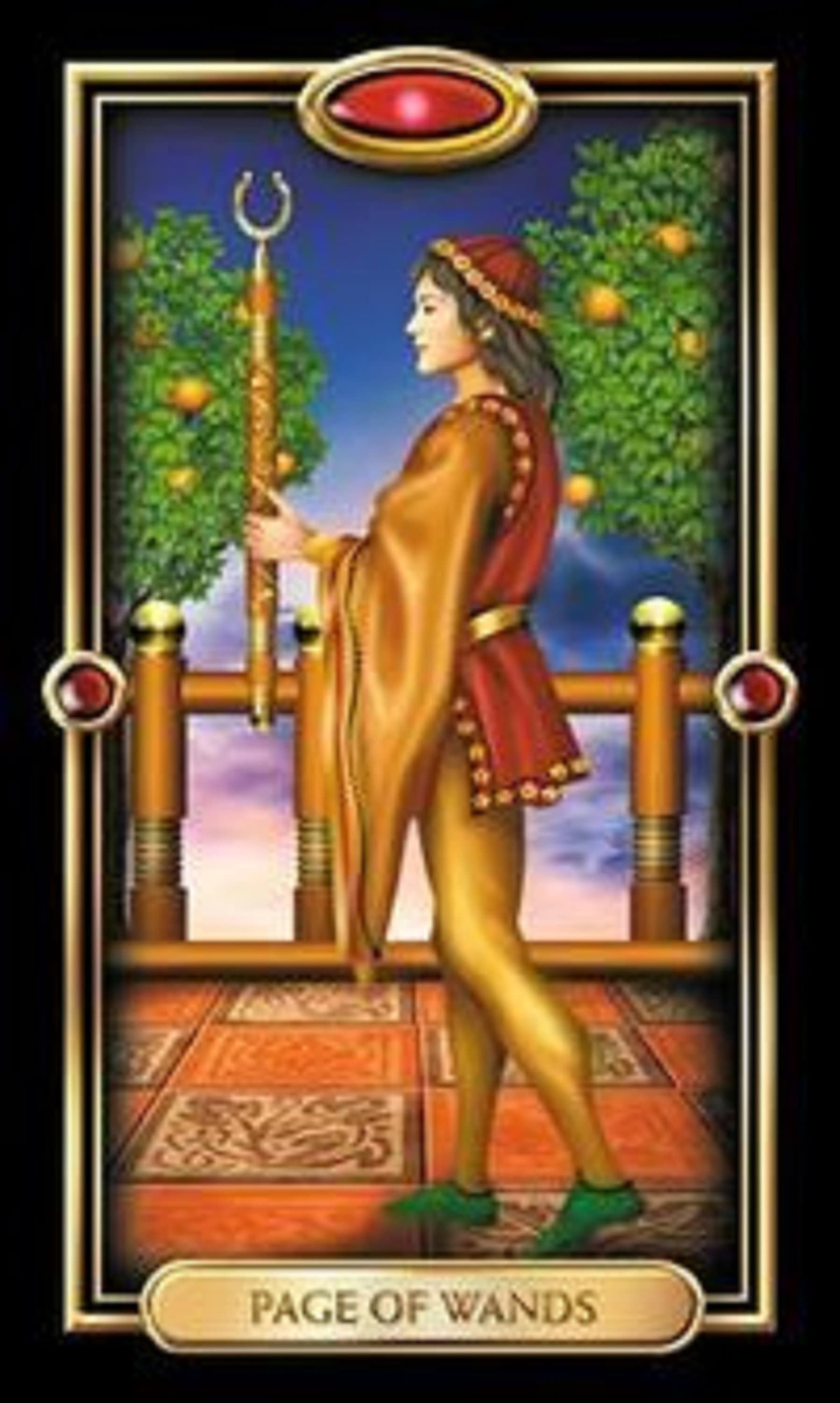 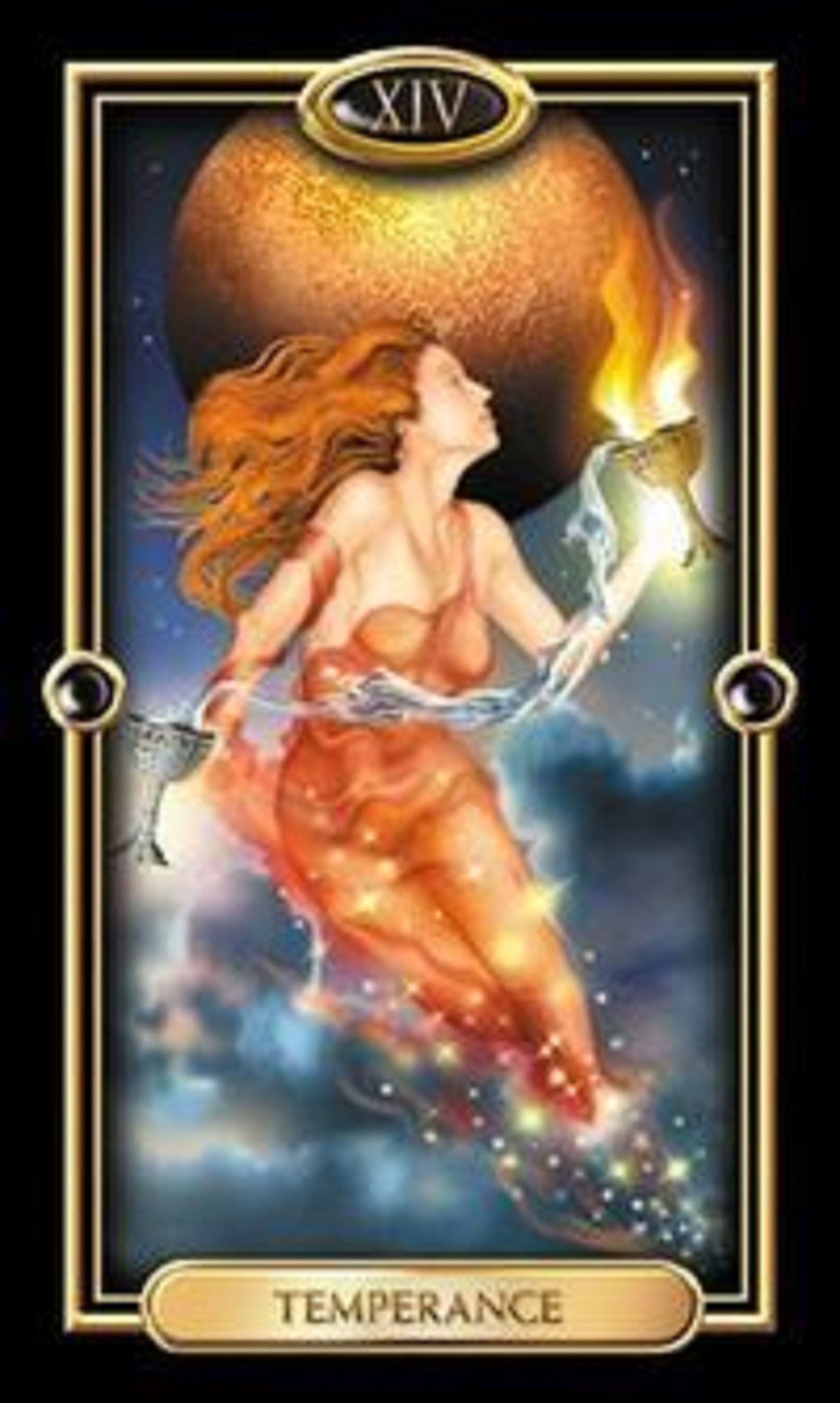 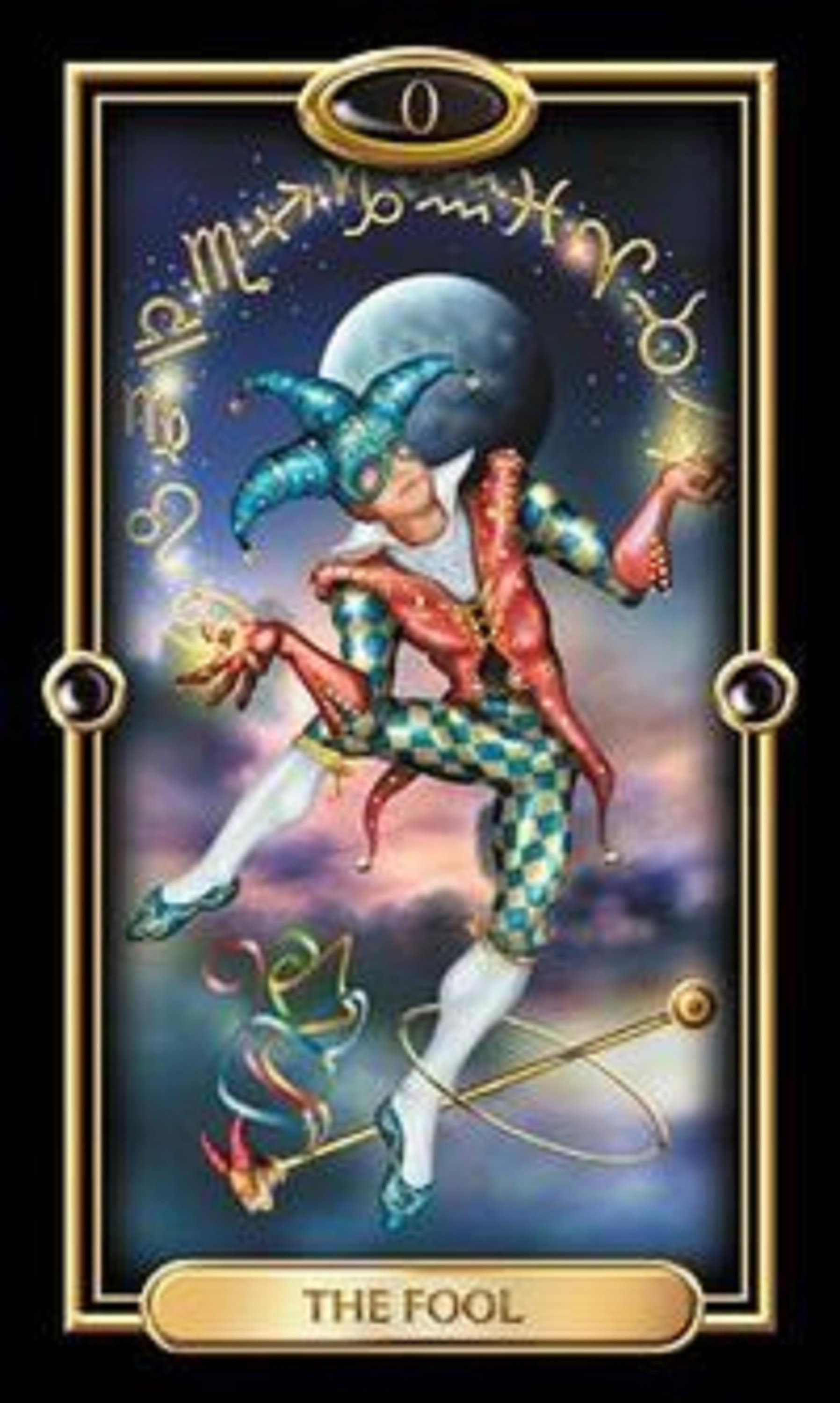 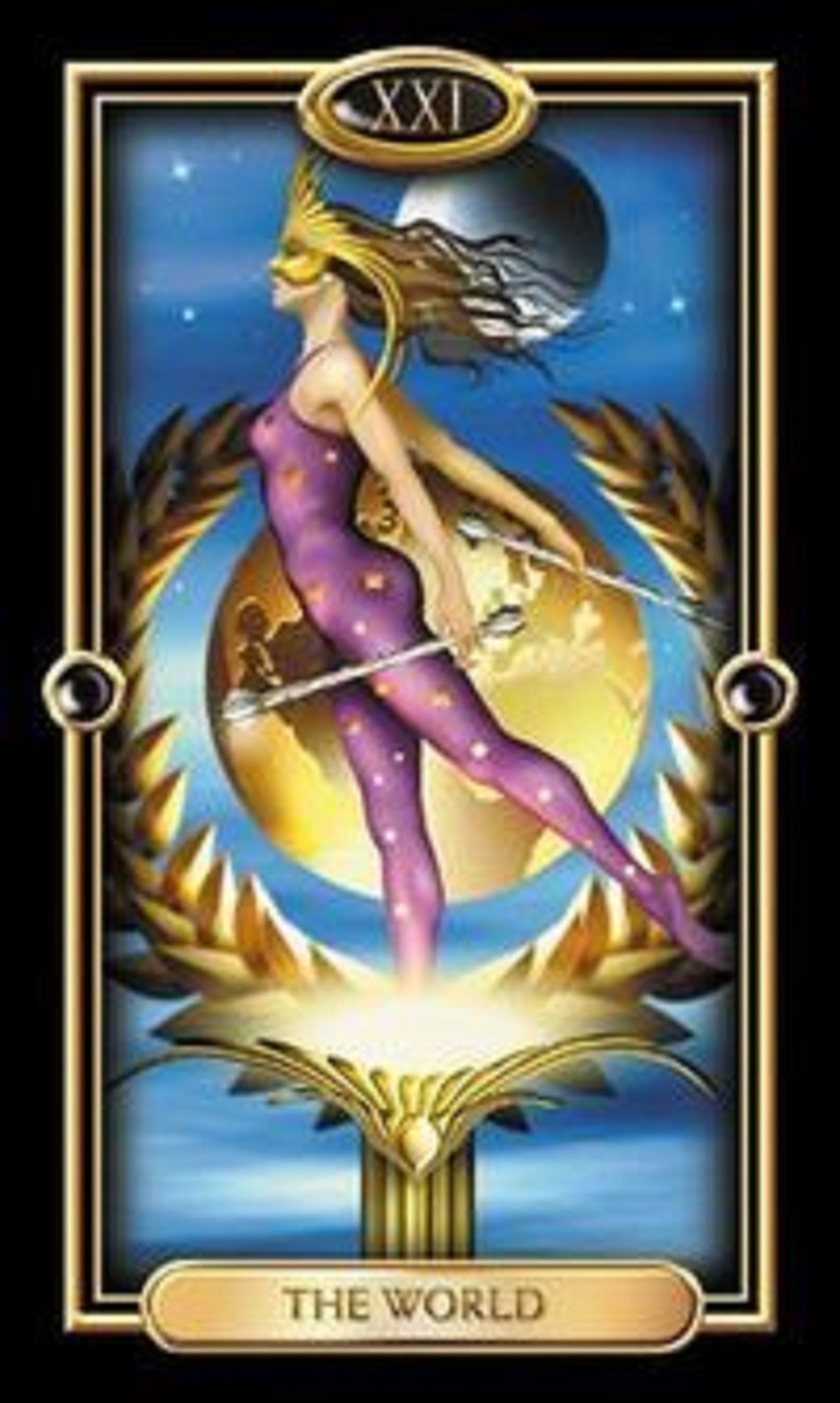 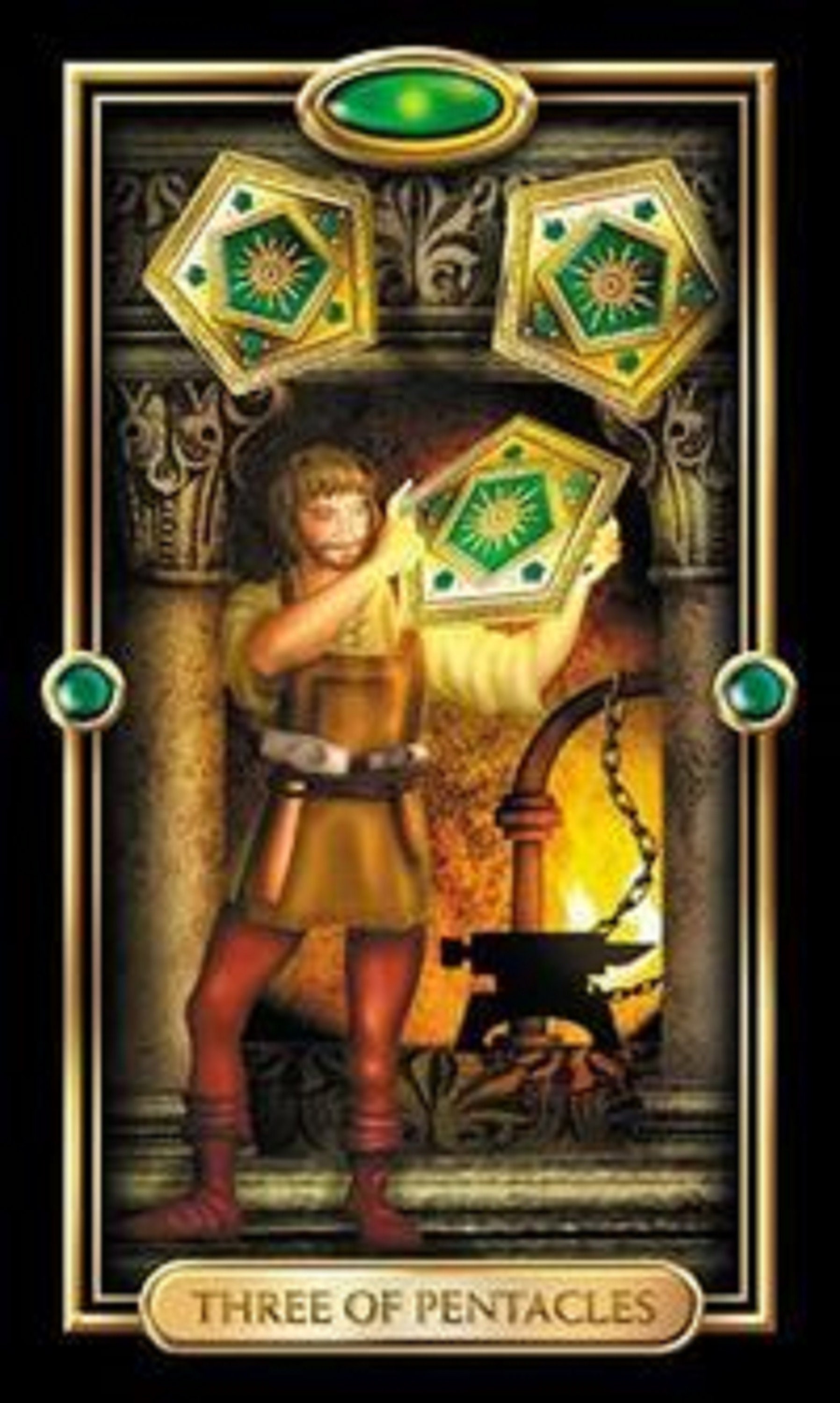 The Traditional Tarot for the 21st Century

Most Tarot decks with really spectacular designs are really just art collections. The Gilded Tarot transcends this limitation by having some of the most strikingly beautiful art on any Tarot deck, yet follows the Rider-Waite-Smith model. The result is a unique deck that any person with some Tarot experience will find instantly familiar and usable. This deck can be used with any Tarot system or book.

You really must see the cards to believe their beauty. The High Priestess dances on water in a translucent dress of stars. She bends backwards in front of a crescent moon, looking like a classic lamp from the 1920s. The Wheel of Fortune shows the zodiacal wheel around a solar center as part of a bizarre, almost alien machine. The Hanging Man follows this machine concept, but he is dressed in brilliant reds and greens.

The colors are deep and intense, almost metallic. They draw you in and will have you staring at the images repeatedly. But this is more than a deck to look at, it's a deck to use! The Gilded Tarot Companion, a full book by Tarot expert Barbara Moore, is included with this deck. It's a complete introduction so that even a beginner can use this deck right away.

If you're tired of the old style of the RWS deck and its imitators, if you're looking for a familiar deck that will take you into the future, this is the deck you want to use.

This kit edition includes a 78-card deck and a 168-page guidebook.

One of Aeclectic Tarot's Top Ten Decks of All Time

"Each card in The Gilded Tarot is a small masterpiece...A gorgeous addition to any tarot enthusiast's collection."―New Age Retailer

"The Gilded Tarot is one of those rare gems where the long-awaited reality is far better than I could have ever imagined. Every card is still as enchanting as that first glimpse, with details so rich they reveal something new every time...Whether you've been reading for years or have never touched a card, the Gilded Tarot set would make a wonderful addition to anyone's collection."―Tarot Reflections

"Llewellyn's Gilded Tarot is another treasure―when I take it with me for public readings, people gravitate to this deck like I gravitate to chocolate on a dessert tray. That's some serious gravitational pull. An added bonus―men, in particular, seem to really love working with this deck."―Tarot Passages Holiday Gift Guide

About the Author
Ciro Marchetti (Florida) is an award-winning artist from the United Kingdom. He studied art in London, followed by a career working in Europe and South America where he co-founded what became the largest graphic design agency in the region. He later transferred to the United States where he opened a branch office based in Miami. In addition to managing his company, Ciro also gave workshops and lectures on digital imagery and illustration at the Fort Lauderdale Art Institute, and continues to create his own personal style of visionary art. Ciro's eclectic portfolio of offerings includes award-winning cartomancy decks, posters, and jigsaw puzzles along with tarot-themed ceramic inlayed wooden boxes, reading cloths, bags, and kimono-style gowns.

Barbara Moore (Northern California) has studied and read tarot since the early 1990s. She wrote the bestselling Tarot for Beginners and more than a dozen other books, and she has contributed to many bestselling tarot kits, including Mystical Manga Tarot and Shadowscapes Tarot. Barbara also works with clients and leads retreats and workshops all over the world.