Lead from the Outside: How to Build Your Future and Make Real Change
The vision of offering rare, out of print books affordable even to limited earners. 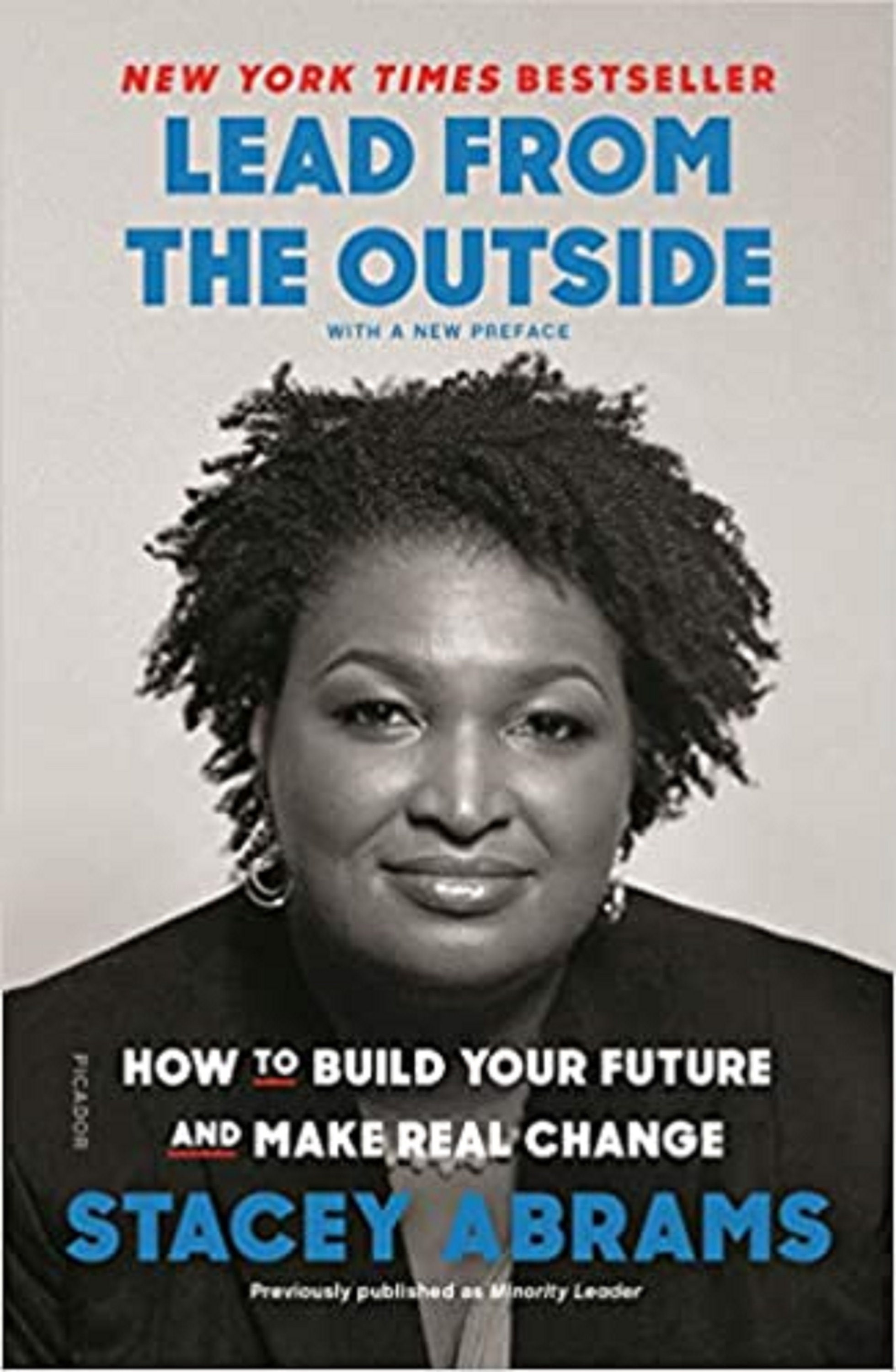 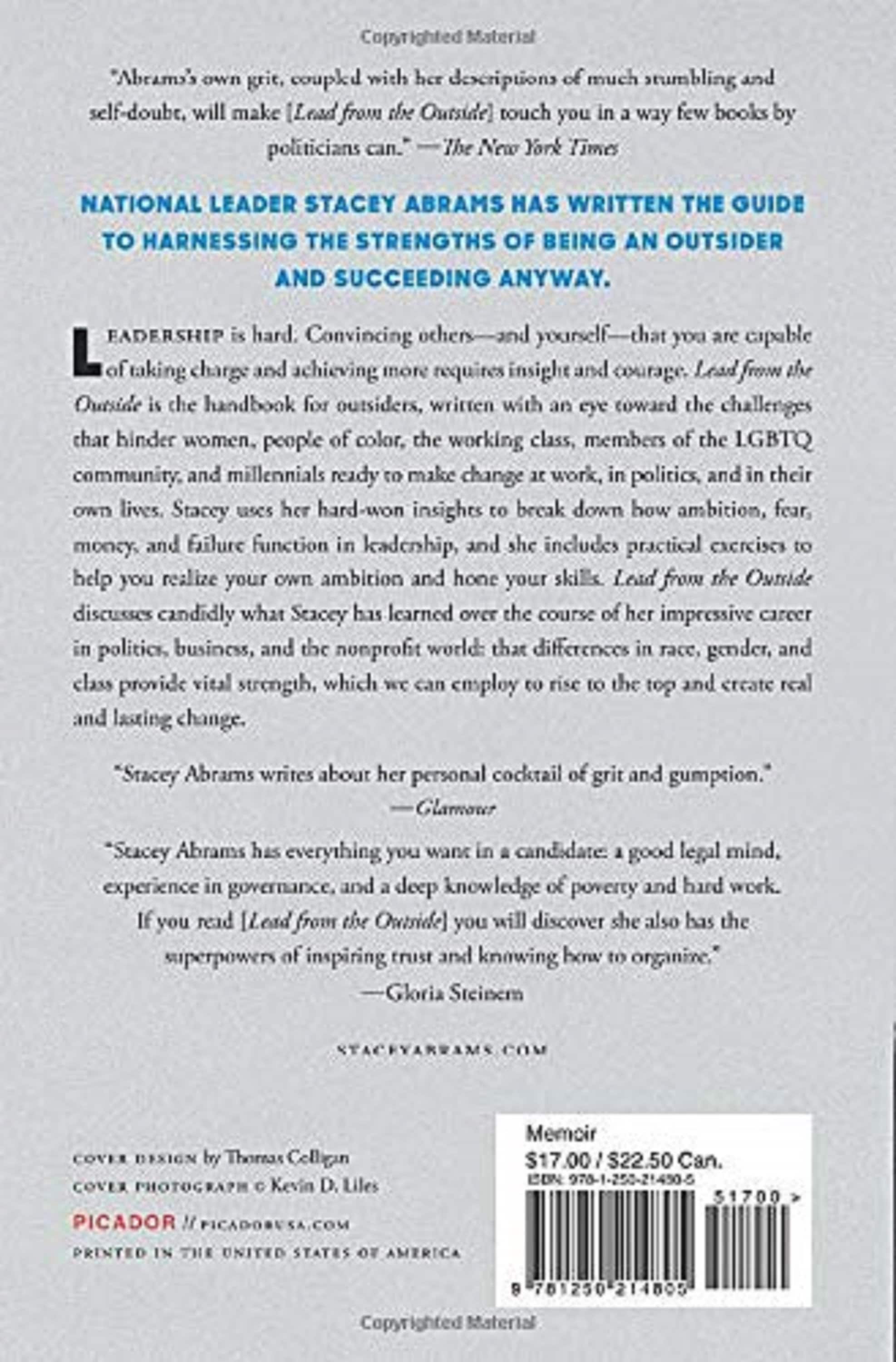 Lead from the Outside: How to Build Your Future and Make Real Change

Lead from the Outside: How to Build Your Future and Make Real Change
Paperback – March 26, 2019
by Stacey Abrams (Author)

"Abrams's own grit, coupled with her descriptions of much stumbling and self-doubt, will...touch you in a way few books by politicians can." ―The New York Times

PRAISE FOR STACEY ABRAMS
"In a time when too many folks are focused simply on how to win an election, Stacey’s somebody who cares about something more important: why we should. That’s the kind of politics we should practice. That’s why I’m proud to give Stacey Abrams my support." ?President Barack Obama

National leader Stacey Abrams has written the guide to harnessing the strengths of being an outsider and succeeding anyway.

Leadership is hard. Convincing others―and yourself―that you are capable of taking charge and achieving more requires insight and courage. Lead from the Outside is the handbook for outsiders, written with an eye toward the challenges that hinder women, people of color, the working class, members of the LGBTQ community, and millennials ready to make change. Stacey uses her hard-won insights to break down how ambition, fear, money, and failure function in leadership, and she includes practical exercises to help you realize your own ambition and hone your skills. Lead from the Outside discusses candidly what Stacey has learned over the course of her impressive career in politics, business and the nonprofit world: that differences in race, gender, and class provide vital strength, which we can employ to rise to the top and create real and lasting change.

PRAISE FOR STACEY ABRAMS
"In a time when too many folks are focused simply on how to win an election, Stacey’s somebody who cares about something more important: why we should. That’s the kind of politics we should practice. That’s why I’m proud to give Stacey Abrams my support." ―President Barack Obama

“[Stacey Abrams will] serve the underserved of the state of Georgia.” ―Oprah

"[Abrams] is a phenomenal candidate and person and she can make history by becoming the first ever Black Woman elected Governor in America.” ―Common

“Stacey Abrams is a bold leader who . . . understands hard work and is committed to finding solutions for the families who come home after a long day of work struggling to get by.” ―Vice President Joe Biden

“Stacey Abrams is [a] leader with integrity and a commitment to fairness for all.” ―Dan Cantor, National Chair of the Working Families Party

“Stacey has proven herself to be an absolute tour-de-force in a state that has never before elected a woman or person of color as governor. . . .Stacey Abrams has always been a trailblazer.” ―Stephanie Schriock, President of EMILY’s List

“Stacey Abrams is a deeply compassionate and thoughtful leader who is always committed to fighting for justice for the Georgians she serves...Throughout her career, I have watched her work tirelessly to build coalitions to protect the poor and middle class, fight voter suppression, and register hundreds of thousands of people to vote. Stacey Abrams is the only leader in the race who has the experience and an ambitious vision to uplift all families in our state. Georgia must seize the opportunity to be a model for our nation by electing this transformative leader, who strives to empower the people she will serve.” ―Congressman John Lewis

“Leaders like Stacey are the ones saying yes. America is changing, but there is no reason to fear the future.” ―Jason Kander, former Missouri Secretary of State and President of Let America Vote

About the Author
Stacey Abrams is an author, serial entrepreneur, nonprofit CEO and political leader. After eleven years in the Georgia House of Representatives, seven as Minority Leader, Abrams became the 2018 Democratic nominee for Governor of Georgia, where she won more votes than any other Democrat in the state’s history. She has founded multiple organizations devoted to voting rights, training and hiring young people of color, and tackling social issues at both the state and national levels; and she is a lifetime member of the Council on Foreign Relations. Abrams is the 2012 recipient of the John F. Kennedy New Frontier Award and the first black woman to become the gubernatorial nominee for a major party in the United States.
Product details
Item Weight : 7.7 ounces