Pictorial Key Tarot
The vision of offering rare, out of print books affordable even to limited earners. 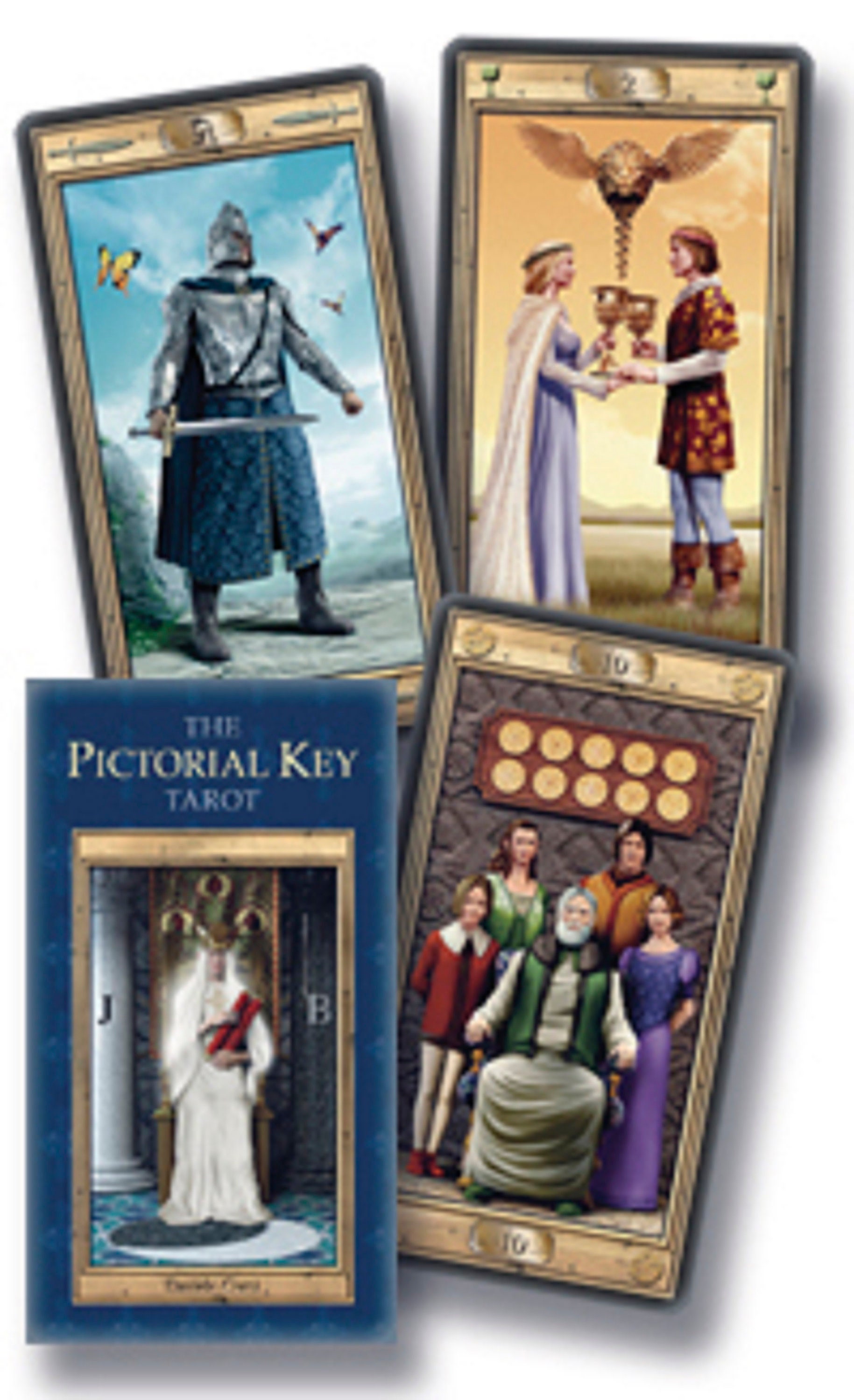 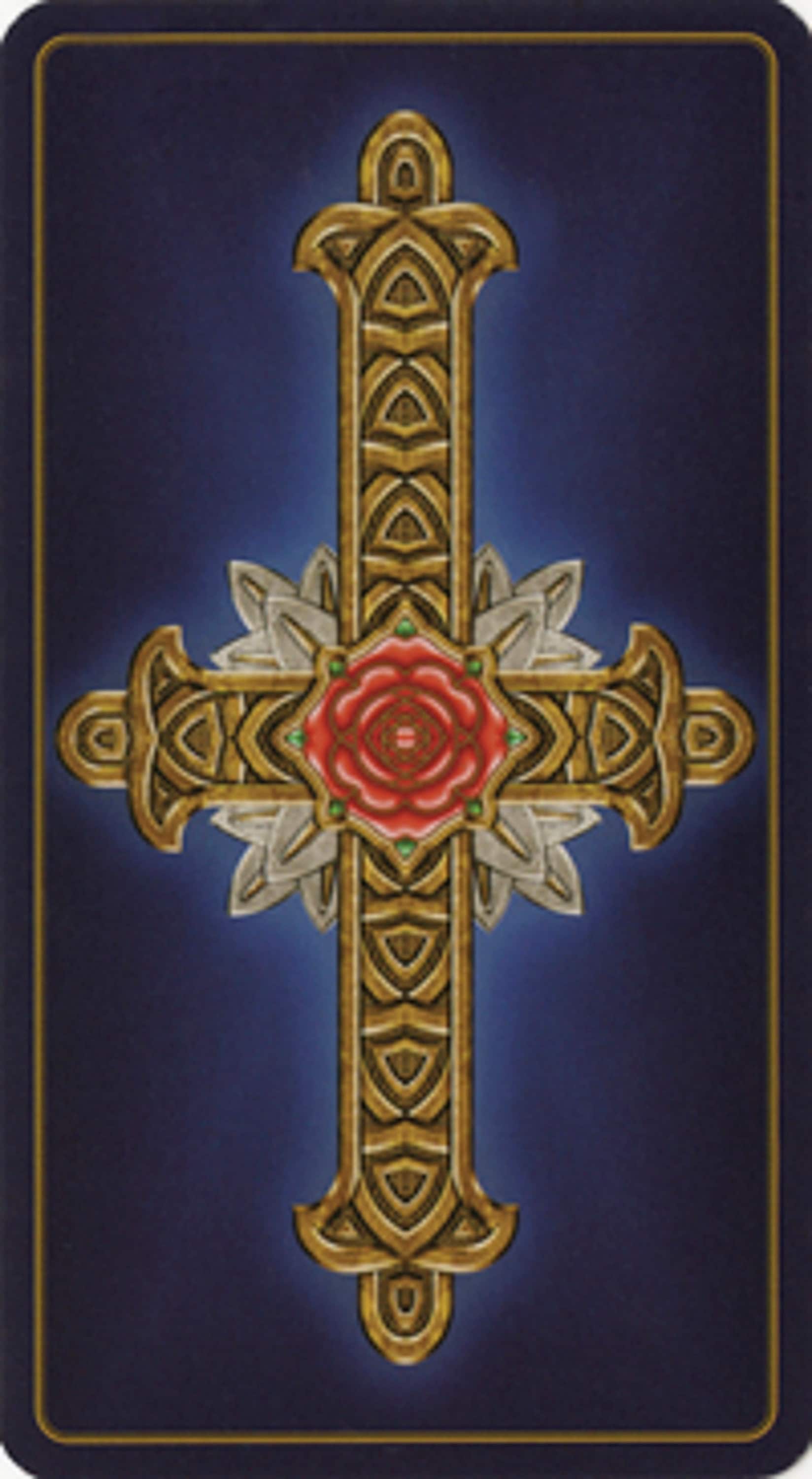 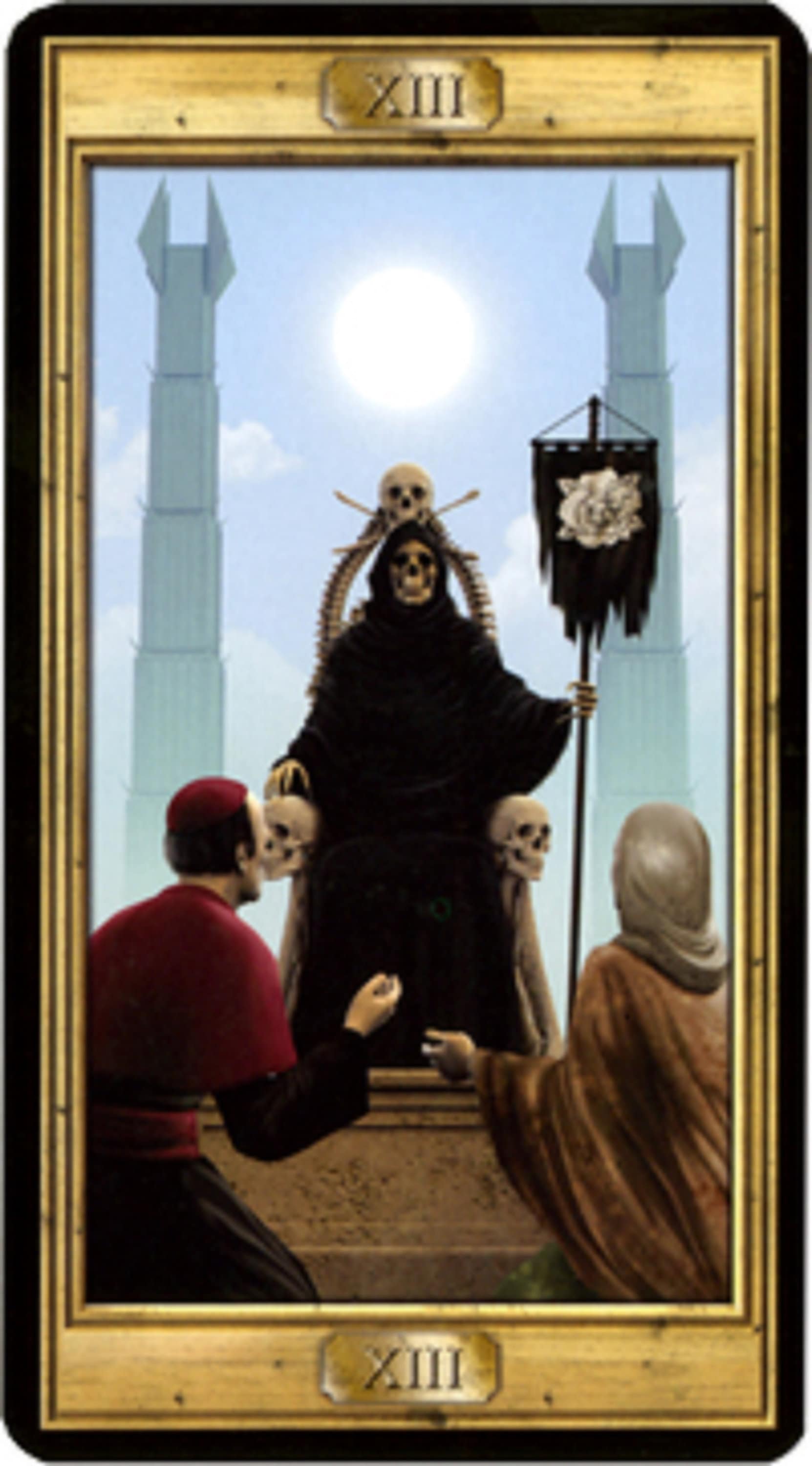 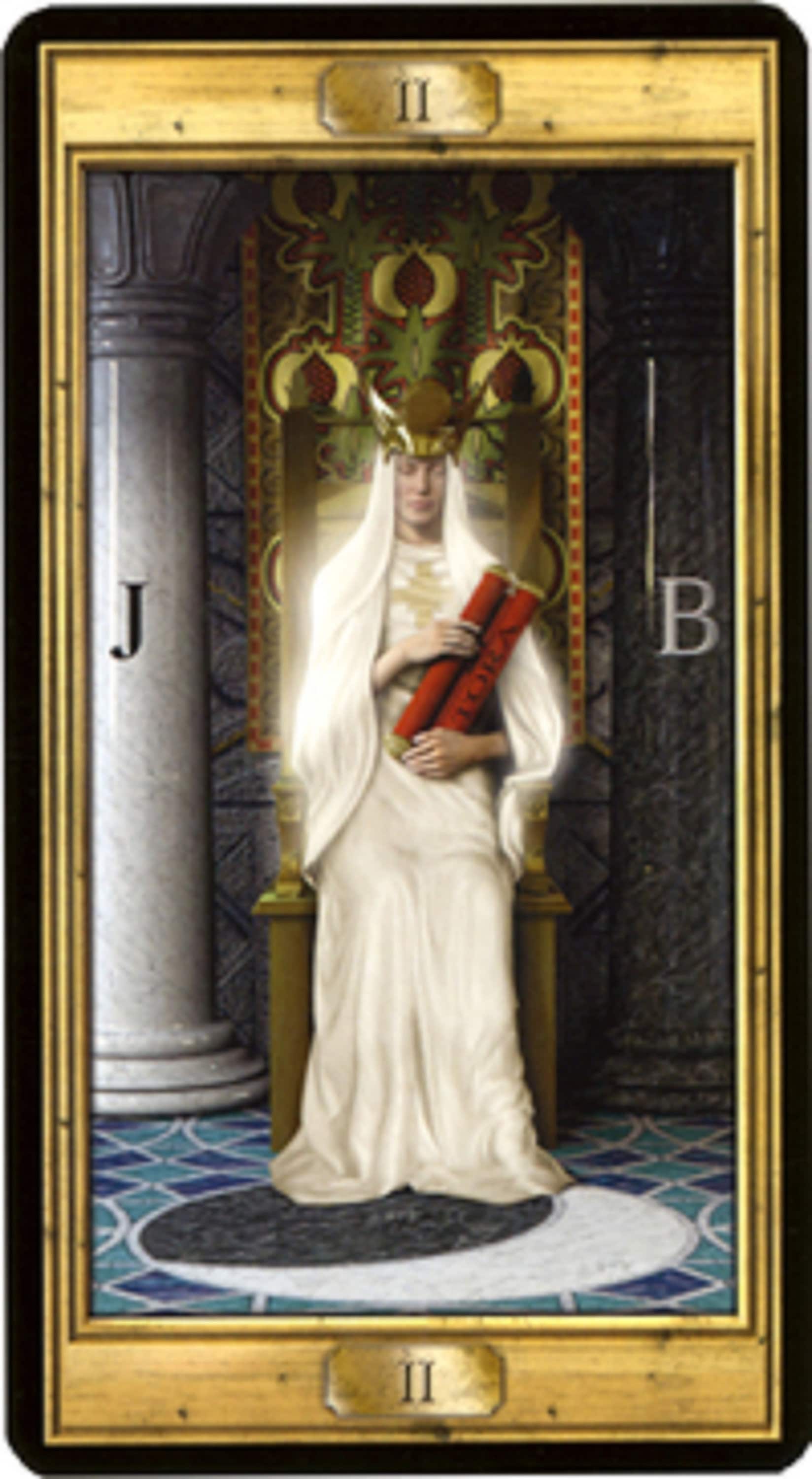 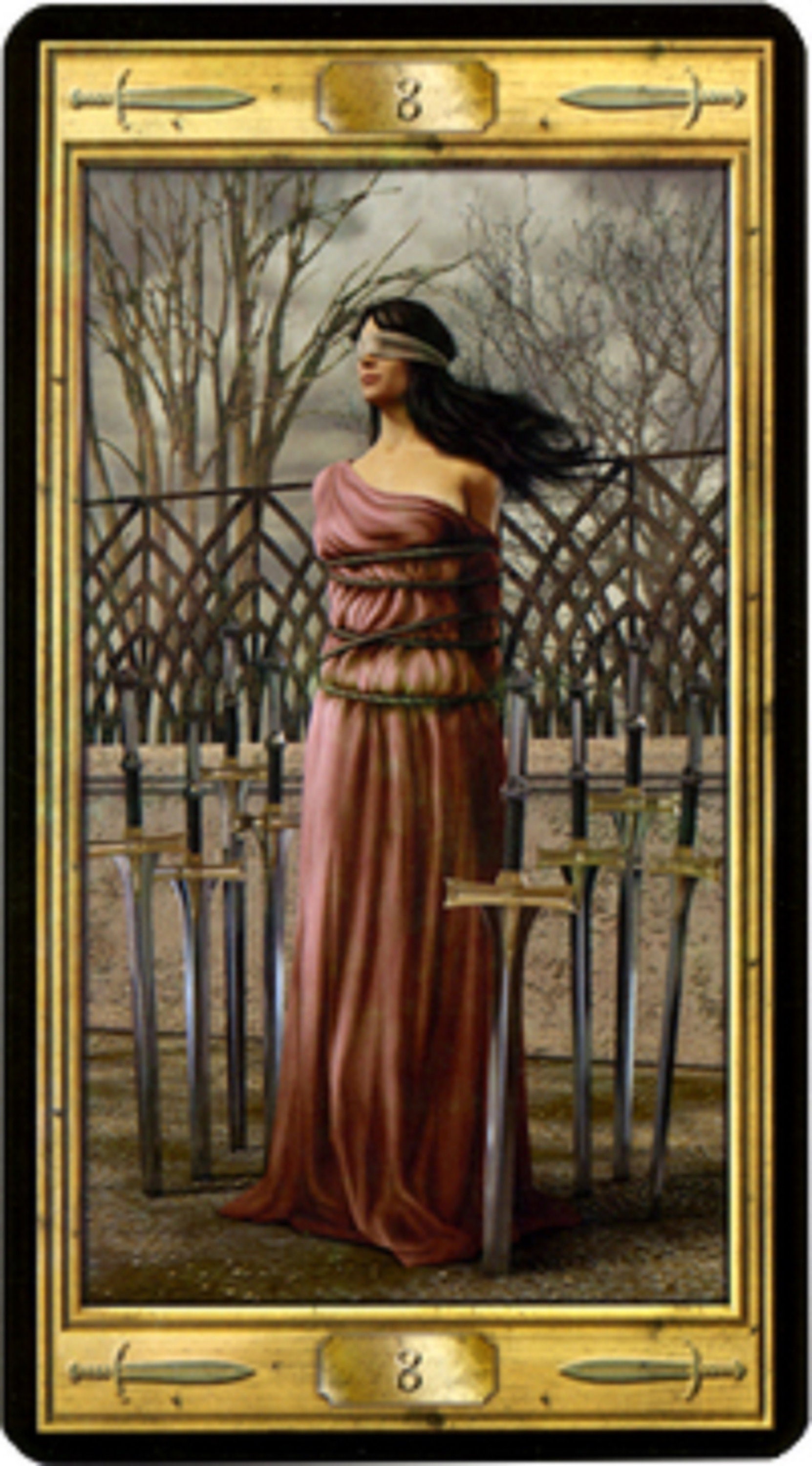 The vivid illustrations in this stunning deck bring the arcana to life like never before! Experience how these avant-garde realizations of familiar tarot figures and symbols can open your inner temple.

The companion booklets for most Lo Scarabeo decks are in five languages: English, Spanish, French, Italian, and German.

More than just another RWS copy, The Pictorial Key Tarot takes the original RWS concepts and brings them into the 21st century. It uses the same basic symbolism as the RWS, but enhances it in places to make Waite's original ideas clearer than Smith was able to do. It also adds more depth to the characters' faces and body language, photorealistic backgrounds, and thrilling use of light and shadow. It will not only be instantly readable by anyone familiar with the RWS deck, but will give new insights and help expand the intuition and mental inspiration. If your RWS deck is worn out, consider this deck as a replacement (or at least as another deck to use) before getting yet another good ol' RWS to use.

One of the major milestones in the history of the Tarot was the publication of the book, The Pictorial Key to the Tarot by A. E. Waite a century ago. It was important because it was the first time a book on a Tarot deck was published simultaneously with the deck it described. This, combined with deck he and Pamela Coleman ("Pixie") Smith created (which was the first time both the Major and Minor Arcana had pictures on them) revolutionized the popularity and use of the Tarot. As a result, the deck described in that book, popularly known as the Rider-Waite (or more accurately, the Rider-Waite-Smith) deck has become one of the most popular decks in the world, and the most popular deck in the US.

So naming a deck "The Pictorial Key Tarot" takes a lot of chutzpah, on the level of starting a new band today and calling it "The Beatles." What's with this gall? What's with this braggadocio? This deck would require a lot to win over Tarot readers.

The name of the deck seems like bragging. However, it's not bragging if you can live up to your claims, and the simple fact is, this deck does that in spades (no pun intended).

Pixie Smith's artwork is beautiful and highly stylized. However for many people in today's audience, Smith's style is more than quaint, it is dated and obsolete. A potential solution for this would be a deck that follows much of the symbolism of the RWS deck, but uses artistic styles and characteristics of this modern era.

Artist Davide Corsi, under the guidance of the editors at Lo Scarabeo, has produced an absolutely gorgeous deck. It follows the RWS symbolism, meaning that anyone familiar with the RWS deck can immediately pick up this deck and use it. Everything is totally familiar. But it is also totally new. The Fool in The Pictorial Key Tarot has clouds that look like real clouds. The mountains are realistic mountains. The character himself is real flesh and blood. The sun is obviously behind the Fool and shadows darken the earth in front of him and change the colors of the clothes where the light does not illuminate them. This is not a fool, it is the Fool. The image on the Wheel of Fortune is more obviously Egyptian, having the misty mystic flavor of some art from the 1920s.

The people on the cards have far more personality and reality than those found on the RWS deck. The symbolism, however, is almost identical. Where it's not the same, it amplifies the original meanings for a modern audience. For example, the Moon card will be instantly recognizable. The towers are the same as that found on the Tower card. The dog and wolf, on either side of the river between the towers, are there. But instead of the crustacean, there is some sort of tentacled, monstrous, cthulhoid thing taking up the bottom third of the card. How can this be appropriate?

According to Waite, in his book The Pictorial Key to the Tarot, the meaning of the lobster is that part of our minds "[that] comes up out of the deeps, the nameless and hideous tendency [that] is lower than the savage beast. It strives to attain manifestation, symbolized by crawling from the abyss of water to the land, but as a rule it sinks back whence it came." How does a rather docile-looking lobster truly inspire that thought with someone reading the cards? It really doesn't, and the only way you'd know Waite's meaning would be to read his interpretation of the symbolism. In The Pictorial Key Tarot deck, however, the monstrosity makes the meaning far more clear than what you'd see in most decks that simply copy the RWS.

This deck is an ideal replacement for the RWS. It brings new life to an archaic artistic style as well as new symbolism that makes Waite's original intentions more clear than ever. This is a deck you're going to use more and more, especially if you're currently a RWS user.

About the Author
Davide Corsi is an illustrator based in Italy.