Stamped from the Beginning: The Definitive History of Racist Ideas in America
The vision of offering rare, out of print books affordable even to limited earners. 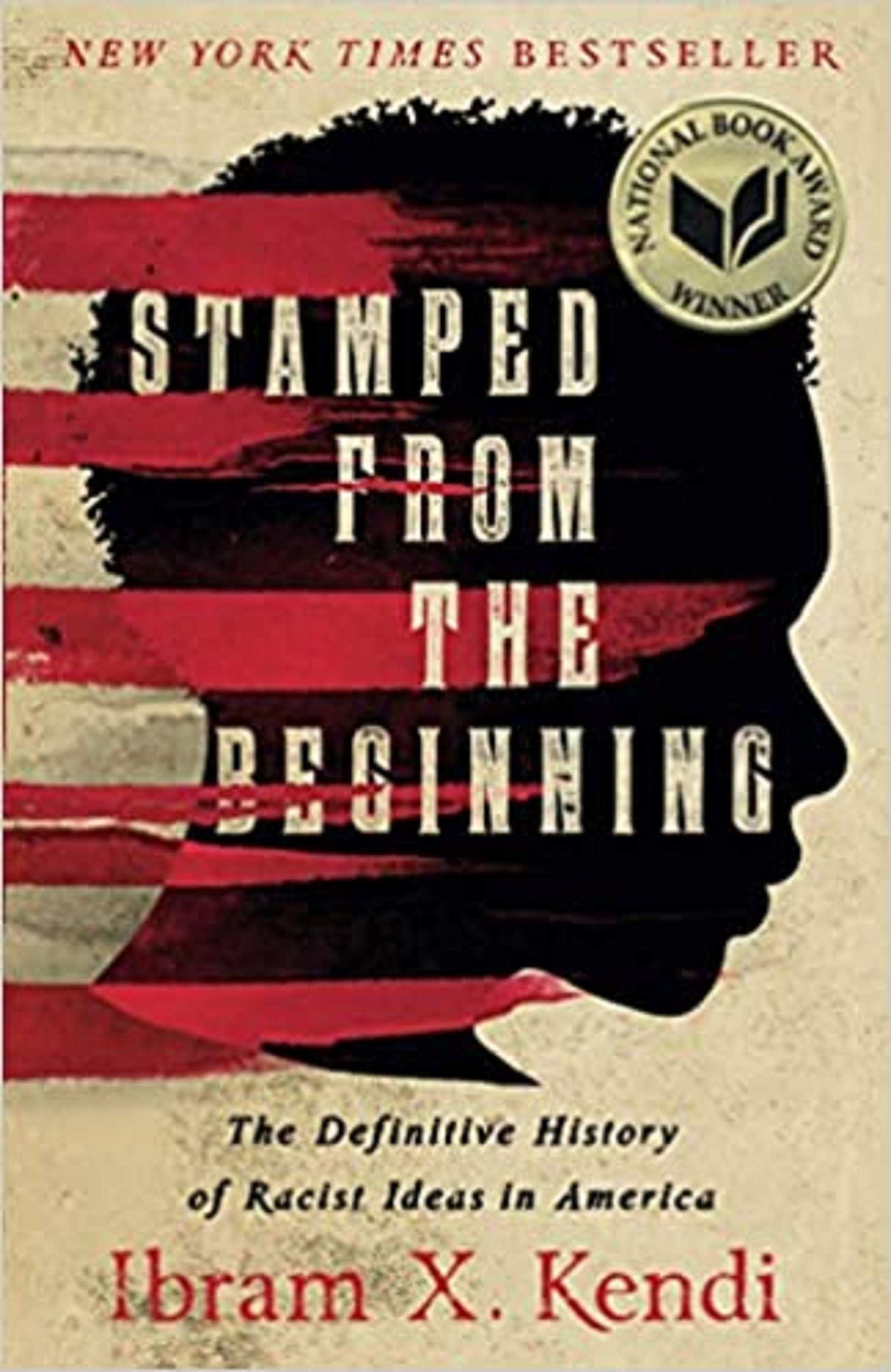 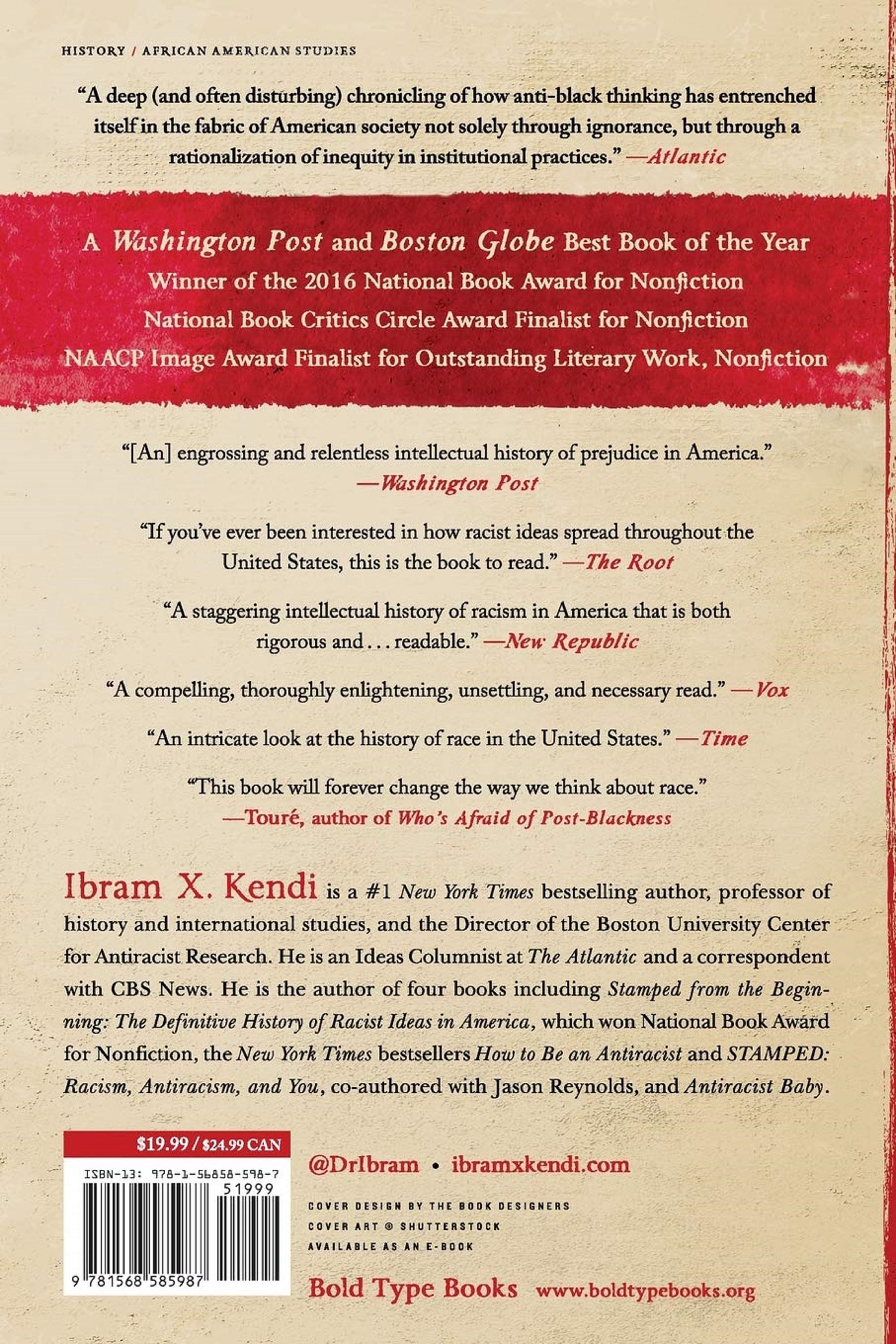 Stamped from the Beginning: The Definitive History of Racist Ideas in America

The National Book Award winning history of how racist ideas were created, spread, and deeply rooted in American society.

Some Americans insist that we're living in a post-racial society. But racist thought is not just alive and well in America--it is more sophisticated and more insidious than ever. And as award-winning historian Ibram X. Kendi argues, racist ideas have a long and lingering history, one in which nearly every great American thinker is complicit.

As Kendi shows, racist ideas did not arise from ignorance or hatred. They were created to justify and rationalize deeply entrenched discriminatory policies and the nation's racial inequities.

In shedding light on this history, Stamped from the Beginning offers us the tools we need to expose racist thinking. In the process, he gives us reason to hope.

Praise for Stamped from the Beginning:

"We often describe a wonderful book as 'mind-blowing' or 'life-changing' but I've found this rarely to actually be the case. I found both descriptions accurate for Ibram X. Kendi's Stamped from the Beginning... I will never look at racial discrimination again after reading this marvellous, ambitious, and clear-sighted book." - George Saunders, Financial Times, Best Books of 2017

"Ambitious, well-researched and worth the time of anyone who wants to understand racism." - Seattle Times

"A deep (and often disturbing) chronicling of how anti-black thinking has entrenched itself in the fabric of American society." - The Atlantic

- Winner of the 2016 National Book Award for Nonfiction
- A New York Times Bestseller
- A Washington Post Bestseller
- Finalist for the 2016 National Book Critics Circle Award for Nonfiction
- Named one of the Best Books of the Year by the Boston Globe, - Washington Post, Chicago Review of Books, The Root, Buzzfeed, Bustle, and Entropy

About the Author
Ibram X. Kendi is a New York Times best-selling author and award-winning historian. He is Professor of History and International Relations and the Founding Director of the Antiracist Research and Policy Center at American University. A frequent public speaker, Kendi specializes in the history of racism and antiracism. He is the author of Stamped from the Beginning: The Definitive History of Racist Ideas in America (Nation, 2016), which won the 2016 National Book Award for Nonfiction. He is also the author of the award-winning book, The Black Campus Movement (Palgrave, 2012). Kendi's writings have appeared in Black Perspectives, Salon, The New York Times, The Chronicle of Higher Education, New York Daily News, Time, The Huffington Post, and The Root. Kendi has received research fellowships, grants, and visiting appointments from a variety of universities, foundations, professional associations, and libraries, including the American Historical Association, Library of Congress, National Academy of Education, Spencer Foundation, Lyndon B. Johnson Library & Museum, Rutgers Center for Historical Analysis, Brown University, Princeton University, Duke University, University of Chicago, and UCLA. Before entering academia, he worked as a journalist. Kendi earned his undergraduate degrees from Florida A&M University, and his graduate degrees from Temple University. Kendi lives in Washington, DC.
Product details
Publisher : Bold Type Books; Reprint edition (August 15, 2017)
Language: : English
Paperback : 608 pages
ISBN-10 : 1568585985
ISBN-13 : 9781568585987
Item Weight : 1.36 pounds