The Hoodoo Tarot: 78-Card Deck and Book for Rootworkers
The vision of offering rare, out of print books affordable even to limited earners. 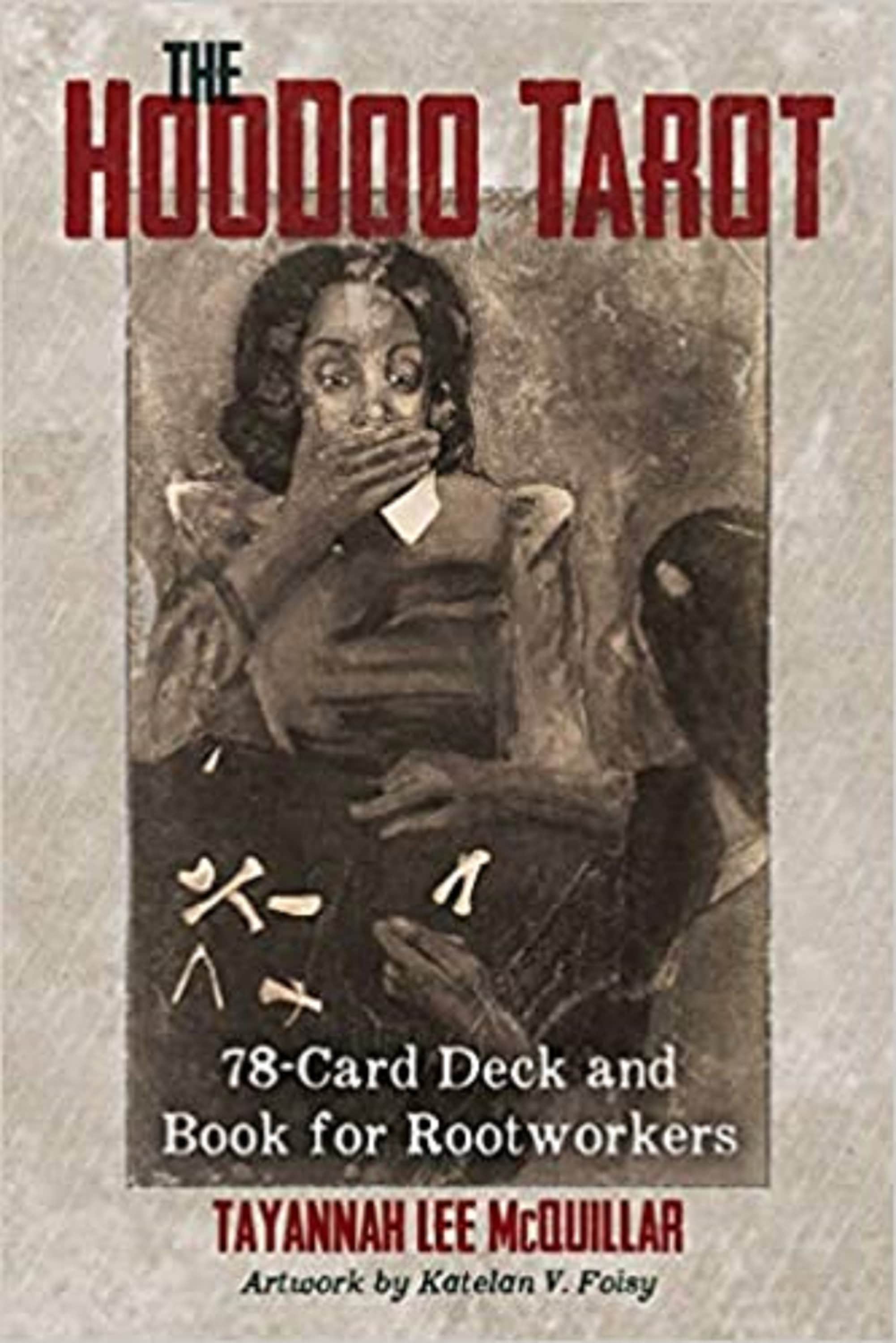 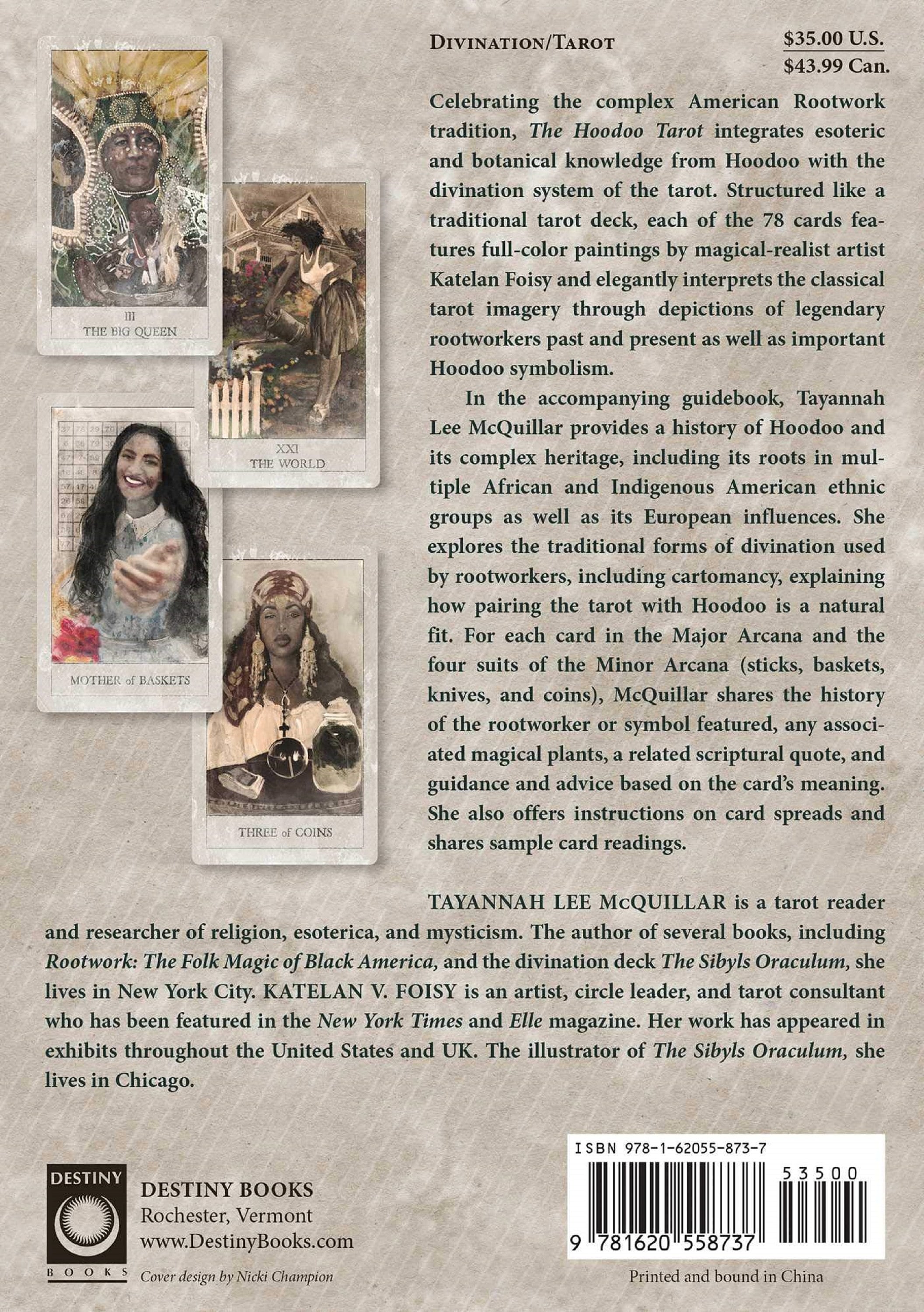 The Hoodoo Tarot: 78-Card Deck and Book for Rootworkers

A divination deck and guidebook rooted in the American Hoodoo tradition

• Provides in-depth card meanings for each card in the Major Arcana and the four suits of the Minor Arcana, including the history of the rootworker or symbol featured, any associated magical plants, and guidance based on the card’s meaning

• Offers a history of Hoodoo and its complex heritage, including its roots in multiple African and Native American ethnic groups as well as its European influences

Between the 17th and 19th centuries, many Indigenous Americans and people of African descent intermarried and socialized more often than is acknowledged by mainstream history books and scholars. These interactions produced not only a multicultural people but also a body of knowledge that is known today as Hoodoo or Rootwork.

Celebrating the complex American Rootwork tradition, The Hoodoo Tarot integrates esoteric and botanical knowledge from Hoodoo with the divination system of the Tarot. Structured like a traditional Tarot deck, each of the 78 cards features full-color paintings by magical-realist artist Katelan Foisy and elegantly interprets the classical Tarot imagery through depictions of legendary rootworkers past and present as well as important Hoodoo symbolism.

In the accompanying guidebook, Tayannah Lee McQuillar provides a history of Hoodoo and its complex heritage, including its roots in multiple African and Indigenous American ethnic groups as well as its European influences. She explores the traditional forms of divination used by rootworkers, including cartomancy, explaining how pairing the Tarot with Hoodoo is a natural fit. For each card in the Major Arcana and the four suits of the Minor Arcana (sticks, baskets, needles, and knives), McQuillar provides an in-depth card meaning that draws on both Tarot and Hoodoo tradition. She shares the history of the rootworker or symbol featured, any associated magical plants, a related scriptural quote, and guidance and advice based on the card’s meaning. She also offers instructions on card spreads and shares sample card readings.

Offering a divination system rooted in the Indigenous and African experience in North America, The Hoodoo Tarot provides a hands-on way to honor and explore the magic of Hoodoo for personal growth and spiritual inspiration.

About the Author
Tayannah Lee McQuillar is a tarot reader and researcher of religion, esoterica, and mysticism. The author of several books, including Rootwork: The Folk Magic of Black America, and the divination deck The Sibyls Oraculum, she lives in Winston-Salem, North Carolina. Katelan V. Foisy is an artist, circle leader, and tarot consultant who has been featured in the New York Times and Elle magazine. Her work has appeared in exhibits throughout the United States and UK. The illustrator of The Sibyls Oraculum, she lives in Chicago.

SO BEAUTIFUL!!! The energies that follow from this deck, literally take me back in time…as if I’ve known them forever. Thank you!!

My order got here quickly and everything was included