Declaration of Independence ( Books of American Wisdom )
The vision of offering rare, out of print books affordable even to limited earners. 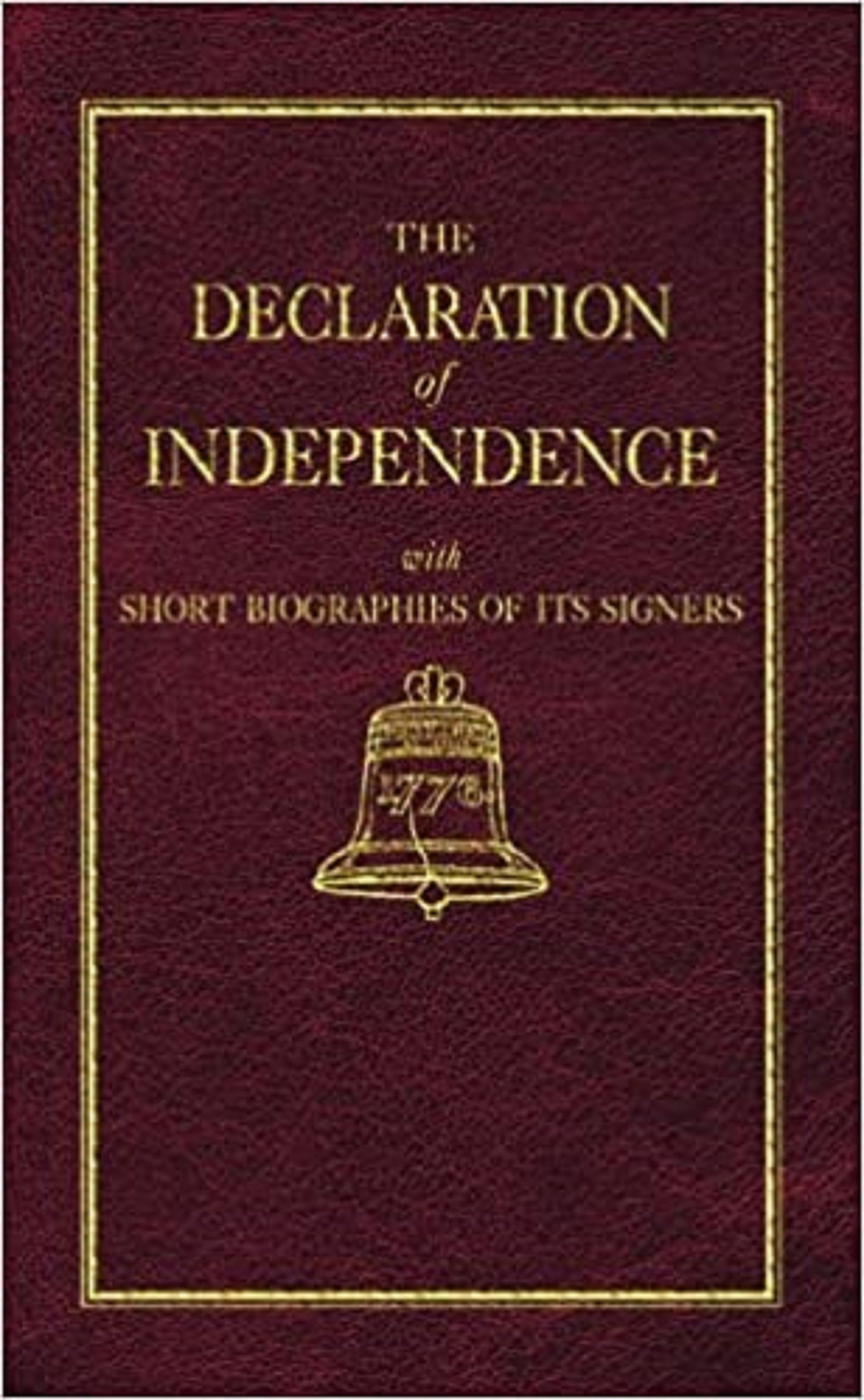 
Drafted by Thomas Jefferson between June 11 and June 28, 1776, the Declaration of Independence summarizes America's founding political philosophy. At once a cherished symbol of liberty and an expression of Jefferson's monumental talents as a writer, the document captures in unforgettable phrases the ideals of individual liberty that formed the backbone of American's Revolutionary movement. In setting forth these "self-evident truths" alongside a list of grievances against King George's Britain, the Declaration of Independence justified the breaking of ties with "Mother England" and the formation of a new country. This gift edition, printed in two colors on acid-free paper, contains illustrations and biographies of the signers alongside the document itself.

Includes condensed versions of the sketches that appeared in B.J. Lossing's Biographical sketches of the signers of the Declaration of American Independence.


Contributor Bio: Jefferson, Thomas
Thomas Jefferson was born in Virginia in 1743 into a wealthy and socially prominent family. After attending the College of William and Mary, he went on to study law. At the age of twenty-six, Jefferson began building Monticello. Three years later, in 1772, he married Martha Wayles Skelton. The couple had six children, two of whom survived to adulthood. Considered elequent in his writing, although not as his speech, Jefferson took on much of the writing needed by the Virginia House of Burgesses and the Continental Congress, both of which he was a member. In 1776, at the young age of 33, Jefferson drafted the Declaration of Independence. From 1779 to 1781, Jefferson served as Governor of Virginia. Jefferson temporarily retired from public life after his term as governor, returning to public life in 1784 as a diplomat serving in France. In 1790, Jefferson was appointed Secretary of State in President Washington's Cabinet, but resigned in 1793 over a disagreement with Alexander Hamilton. As political disagreements continued to polarize the young government, Jefferson found himself leading those who sympathized with the revolutionary cause in France. In 1800, Jefferson was elected President in a tie vote that ironically was decided by Alexander Hamilton. In 1809, after two terms as President, Jefferson returned to his home in Monticello, where he developed, among other projects, plans for the University of Virginia. In addition, he sold his collection of books to the government to form the basis of the Library of Congress. Thomas Jefferson died on July 4, 1826.